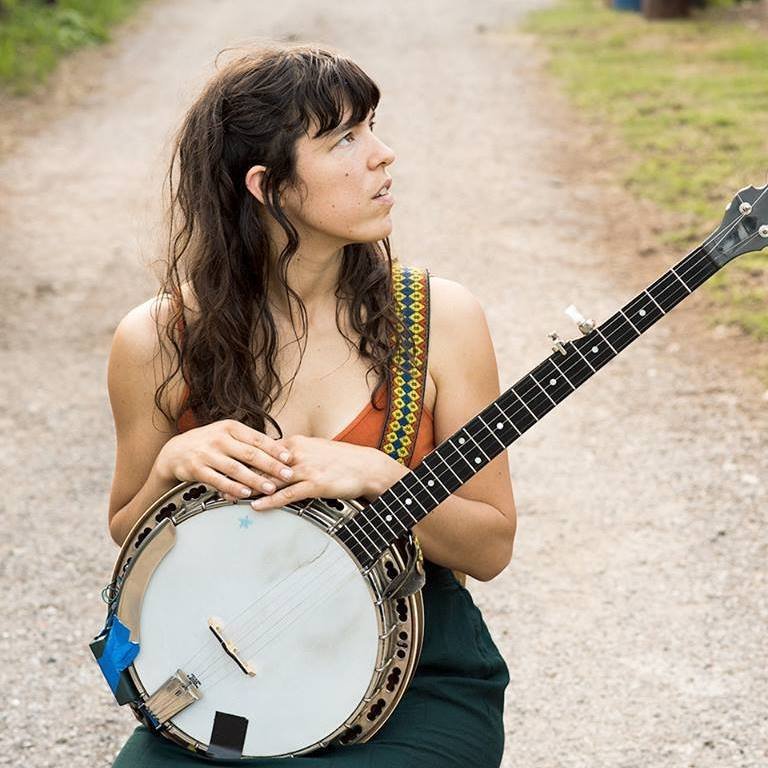 Little Mazarn premieres new track from forthcoming debut
90s slowcore style dark folk balladry a la Marissa Nadler, Iron & Wine, Adam Torres
“Verrill’s music, for all its simplicity, makes the heart move, and if you’re in the mood to yearn, she’s got you covered.” — Tiny Mix Tapes
Little Mazarn, the stage name of Austin songwriter Lindsey Verrill, premieres a new song from her forthcoming self-titled album today via The Big Takeover. Hear and share “White Fang” HERE.
Tiny Mix Tapes recently launched the album centerpiece “My Love is All Around You” HERE.
Little Mazarn, the stage name for Lindsey Verrill, gets her name from what she calls “an unromantic river” in Arkansas. Playing banjo on three original songs, a traditional murder ballad (“Rain And Snow”) and an English sea song, Little Mazarn, in her lilting warble, sings “about precious things, boring things, nature and the garbage that is humanity” (her words). A dreamy pop that would have fit in nicely with the slowcore of the late 90s and early 00s, the album also has unmistakeable connections to older forms & genres like country, gospel and Appalachian folk.
Verrill is joined on the album by live accompanist Jeff Johnston on saw, vocals and harmonium, as well as several guests contributing strings and vocals throughout. Recorded and Mixed by David Boyle at ChurchHouse Studios in east Austin.
Little Mazarn will be available on LP and download on December 15th, 2017 via Self Sabotage Records, a division of Super Secret Records. Pre-orders are available HERE.
LITTLE MAZARN LIVE:
12/15 Austin, TX @ Central Presbyterian Church – Album release show