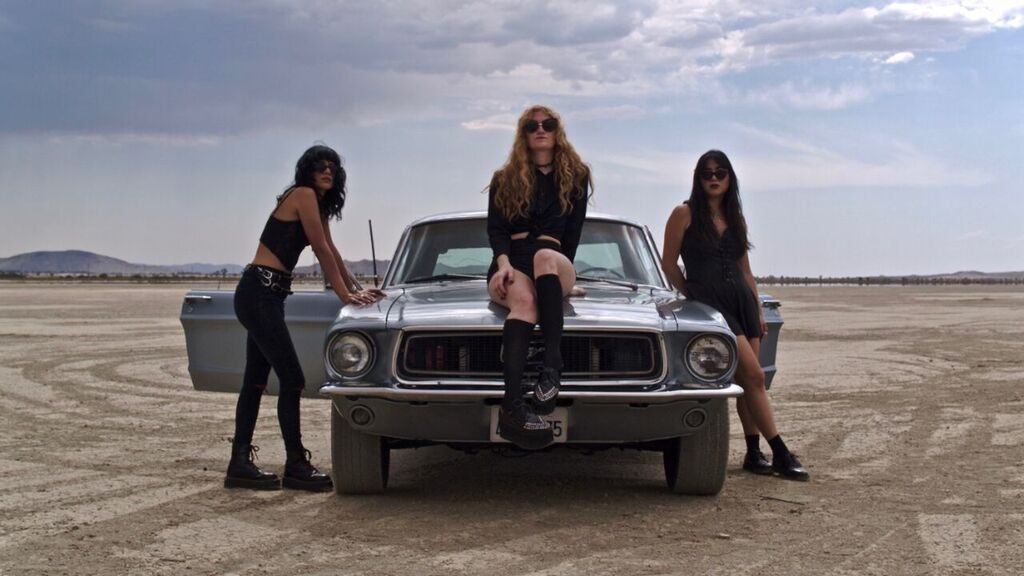 After releasing their debut self-titled album earlier this year via Suicide Squeeze Records, Californian trio L.A. Witch are sharing a new video today for the album standout track “Drive Your Car”. The band have also announced a European tour next March including a run of UK dates.

Shot in the Californian desert, the “Drive Your Car” video matches the grunge-soaked, reverb-heavy, post-punk sounds of L.A. Witch wonderfully. Director Allie Lane explains, “With the “Drive Your Car” video, I wanted to evoke a surreal state of adventure that matches the romantic lulls and highs of a road trip. L.A. Witch’s psych rock swells and enigmatic lyrics called for bleached color tones, mirror mirages and expansive desert landscapes.”