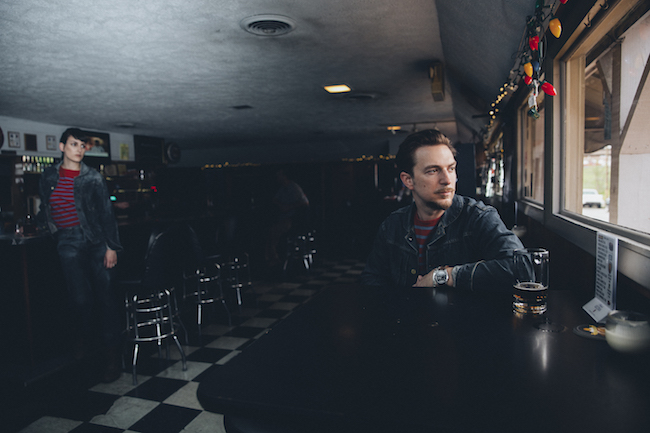 “Latter-day R&B hepcat underlines soul credentials on infectious third” UNCUT
“McPherson’s horizon has never sounded so open” MOJO
“McPherson continues his ingenious blending of heritage and modernity” i Paper
“Well-muscled rock’n’roll with a thick Brylcreem patina” Q
“Crackles with frayed, primitive energy” 9/10 Guitar
“A moving, thought-provoking return” Clash
JD McPherson, who released his new album ‘Undivided Heart & Soul‘ through New West Records last month, has announced details of UK shows next year. Tickets for the tour, which starts at Norwich Arts Centre on 23rd February and ends at Shepherd’s Bush Empire on 2nd March, are available now.
February
Fri 23 February – Norwich Arts Centre, Norwich – TICKETS
Sun 25 February – St. Luke’s – Glasgow – TICKETS
Mon 26 February – Brudenell Social Club – Main Room, Leeds – TICKETS
Tue 27th February – Gorilla, Manchester – TICKETS
Wed 28th February – The Hare and Hounds, Birmingham – TICKETS
March
Fri 2nd March – O2 Shepherd’s Bush Empire, London – TICKETS
JD McPherson has also shared a new video, for album track ‘Style (Is a Losing Game)’. JD says “We shot the video at Vinny’s Barber Shop, a great shop in East Hollywood.  It’s an old-school barber shop, and many of the barbers are singers and musicians in bands I love, such as Luis & the Wildfires, Omar & the Stringpoppers, and Eddie & the Scorpions. They let me put on a smock and sweep up hair.  The video was shot and directed by my old friend Sean Dejecacion.”
JD adds “‘Style (Is a Losing Game)’ is about a guy I met in a Las Vegas Greyhound bus terminal whose throat had been slit the night previous. When my wife and I were still dating, we took a bus trip from Oklahoma City to Las Vegas and back (not recommended) to attend a music festival.
My wife saw the young man first, whispering “Oh my God, look at that guy’s neck”.  When it was safe to look, I saw him with his back to me, reading the terminal schedule, and I saw nothing but a young Cholo covered in tattoos up to his ears. When he turned around, however, I could see why he wanted to get out of town… his throat had been recently slit, and was caked with congealed blood.  His tshirt was stained pink where he’d tried to wash out the blood, and more blood had spilled onto it since that time.
He really didn’t have much panic in his eyes, despite his medical situation… mostly he just seemed to really want to get out of Las Vegas as part of The Long Game.  I imagined what his life must have been like.  It took me over ten years, but I finally committed the memory to song.
Later, on the bus, I was bending down to tie my shoelace, and someone bumped into my head…. “Oh, excuse me”, said the polite fellow with the slit throat.”
‘Undivided Heart & Soul’ was produced by McPherson and Dan Molad (Lucius, Tweedy), and was recorded at the historic RCA Studio B in Nashville, TN. The album is McPherson’s first studio record in three years and follows his critically acclaimed ‘Let The Good Times Roll’ (2014), which Rolling Stone praised as “timeless, forward-thinking rock & roll.”
The new, soul-baring album is a snapshot of his creative process bringing the record to life, a journey filled with fear and change, then boldness, and, eventually catharsis. The album features collaborations with Parker Millsap, Butch Walker, and Aaron Lee Tasjan. In addition to his longtime band members Doug Corcoran on guitar, Raynier Jacob Jacildo on keys, Jimmy Sutton on bass, and Jason Smay on drums, the album also features guest appearances by Jack Lawrence (The Raconteurs, Greenhornes), Jess Wolfe & Holly Laessig of Lucius, and Nicole Atkins.
www.jdmcpherson.com