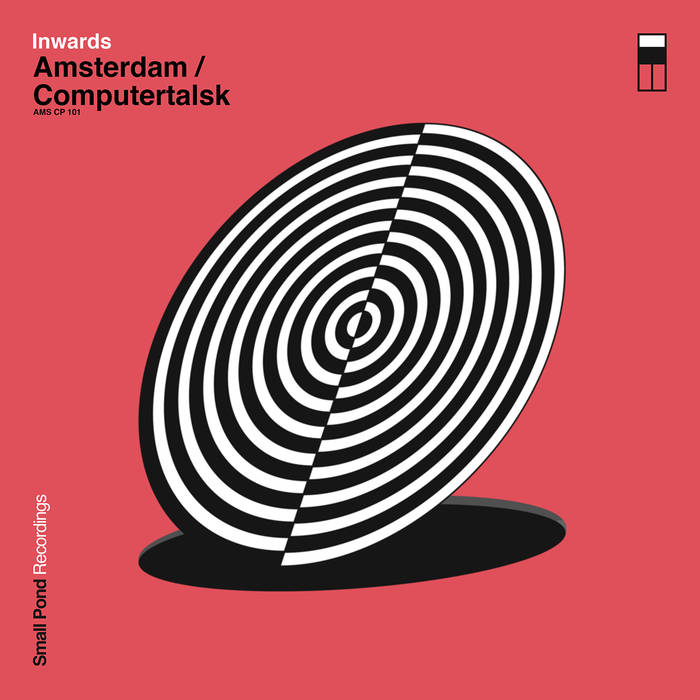 Out 19th January, the first single to emerge ahead of the debut full album from audio manipulator Inwards is the double A-side “Amsterdam”/“Computertalsk”, unveiling two absorbing and idiosyncratic instrumental tracks.

Inwards is the alias of Kristian Shelley, a multi-instrumentalist and music programmer from Worcestershire. Working in the experimental domain, he draws stylistic influence from the far borders of dance music, using a modular synthesiser with acoustic and electronic sources to create a nostalgic and colourful sonic palette.

Fulfilling an urgent need to communicate his feelings where words fall short, his tracks capture swift, intense snapshots of an inner world. Shelley finds external inspiration in the peaceful rural surroundings of his current home/studio – a log cabin, in a nature reserve on land farmed by previous generations of his family, which he built on returning to his roots after a spell living in Brighton. These two contrasting environments, and stages in his life, provide the backdrop for the music on his album.

The freeform structure of “Amsterdam”, which was recorded following a backpacking trip, reflects the push-and-pull of adventure and homesickness, of roaming and returning. “The song really sums up a specific time where I felt ultimate freedom – but it’s more in retrospect, looking back on it from a time when I felt more focused and determined and had more direction. It’s two quite interesting feelings mixed into one, for me”, Shelley elaborates. Warm, organic percussion made from manipulated vocal sounds punctuates the track, which gained a high profile first play as part of BBC 6Music’s Freak Zone Playlist.

Playful and skittish, “Computertalsk” is a shot of pure escapism, a production that finds Shelley reaching for an alternative reality at a time when he was unemployed and living in a freezing cold house in Brighton. “It felt pretty bleak at the time. I was looking for a job for about five months! I had lots of time on my hands and this seemed like the best thing I could be doing with it”, he says.

Both made relatively early in his career, these tracks see him deep in exploratory mode, and getting to know a myriad of exciting new kit. “I remember making the Amsterdam riffs on the CS-80 plugin, and loving the sound – there is a nice ribbon control on it which I started using a lot to get the wonky effects. I made the bass on a Korg MS20, and drums from the Machinedrum SPS1”, he says; “They make a good team”.

Having channelled his tumultuous teen years into several punk/metal/psych bands (before going it alone so he could express himself more fully), Shelley often catches himself referring to his electronic instruments as if they are collaborators, bandmates, who are joining him in the studio for a jam.
https://www.facebook.com/inwardsuk/
https://smallpond.bandcamp.com/album/amsterdam-computertalsk