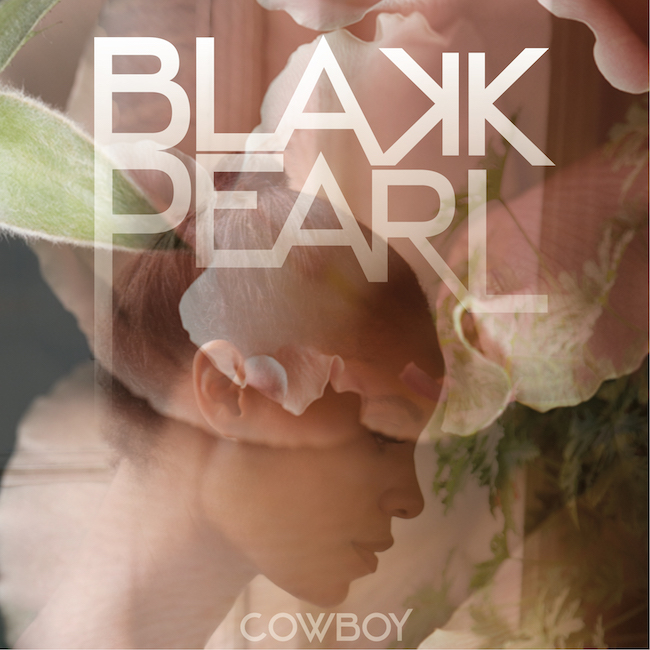 BLAKK PEARL
HEAR DEBUT SINGLE ‘COWBOY‘ OUT NOW ON KOBALT
London born, France resident singer Blakk Pearl has released her debut single ‘Cowboy’. It is the first track taken from her first EP, out early next year on Kobalt.
‘Cowboy’ is sleek and commodious, driven by a subtle backbeat and a warm marimba sound, with Blakk Pearl’s haunting, mellifluent tones floating atop the lush dreamscape, gorgeous and otherworldly.
LISTEN TO ‘COWBOY’ HERE AND ON SOUNDCLOUD
The song was co-written with Tristin Norwell (Neneh Cherry, Talvin Singh, Noel Gallagher) and Pascal Gabriel (Goldfrapp, Marina & The Diamonds, Dido) with additional production by Curtis Lynch (Gorillaz, Alicia Keys, Gregory Isaacs),  has created an ethereal, bass heavy window into her world.
Blakk Pearl grew up in North London and moved to Devon when she was a young teenager, where she would watch her, by now absent, father on US TV shows and hear of his activities in LA as a manager of NWA.
She now lives in a convent just outside Toulouse in France. Having rebuilt it from a ruin, it serves as her creative hub and sanctuary. Blakk Pearl divides her time between Toulouse, London and Paris.
Blakk Pearl’s first EP is set for release via Kobalt in early 2018.
www.blakkpearlmusic.com
www.instagram.com/blakkpearlmusic