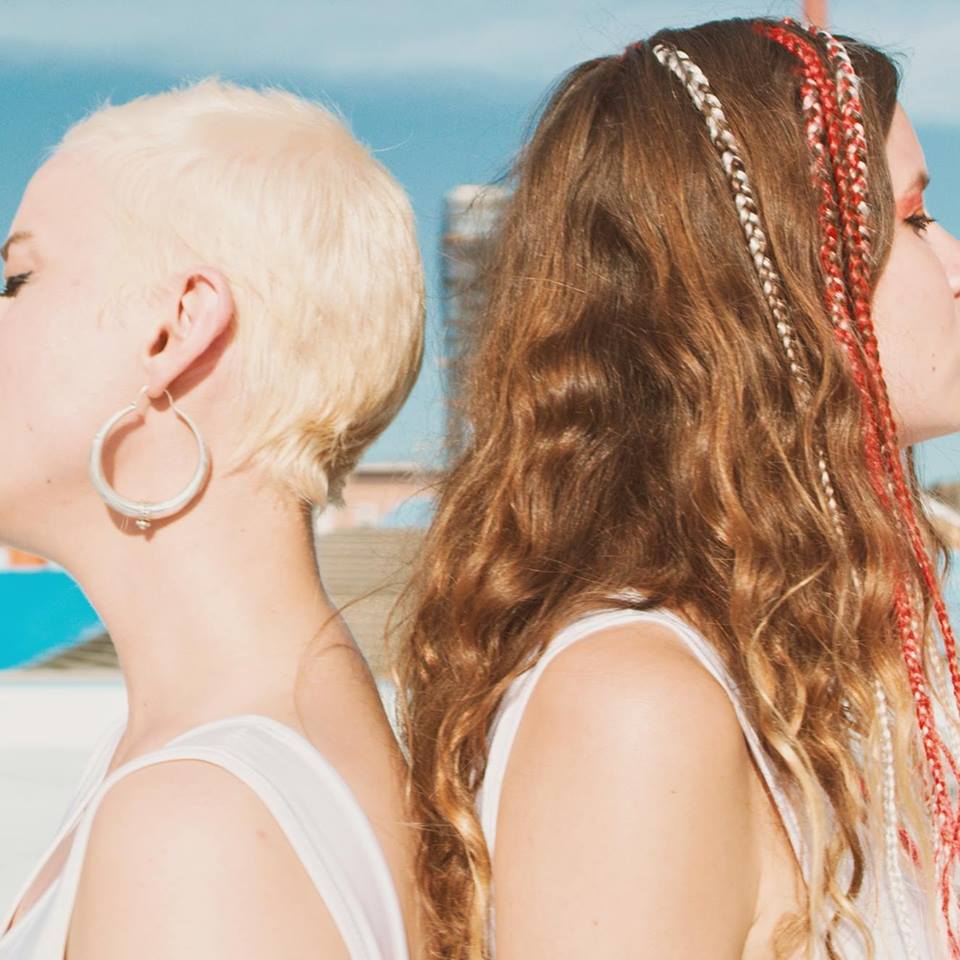 East Of My Youth was formed in May 2015 in Reykjavik, Iceland. Since then, Herdís and artist Thelma Marín Jónsdóttir have already received praise from a number of well-regarded publications including i-D, The Line of Best Fit and Nordic By Nature to name but a few. They have also wowed crowds at festivals such as SXSW, Iceland Airwaves and Sonar Reykjavik and now hope to charm further listeners with their captivating, musically rich compositions.

Gavin Brown spent some time with the incredible duo to find out more about their formation, their single release and more.

Q- Can you tell us a bit about the history of East of My Youth no how you got together?

Herdís: Kind of happened in a bar in Berlin. Thelma said she wanted to sing and I had written a base of a track and needed a singer. We had known each other since high school but never really hung out a lot until we both lived in Berlin for a little while. A couple of months later we started meeting up in our old art school in Iceland to play the piano and sing (we had both just graduated the year before).

Q- Is there any significance to the bands name?

H: It comes from Jack Kerouac’s “On The Road” (I was halfway across America, at the dividing line between the east of my youth and the west of my future) and we thought it was fitting since we were both standing on crossroads at the time having recently graduated from art school and unsure of what to do next.

Q- How would you describe your music to someone who had never heard you before?

Q- Your music has been compared to the likes of Lykke Li and Grimes before. Do you feel that they are fair comparisons and are you fans of those artists?

We are definitely fans of Grimes and Lykke Li!

Q- Who are some of East of My Youths influences?

It has varied from day to day!

Q- Your new single Go Home is out now. Can you tell us a bit about the song and its subject matter?

It was written really quickly on a summer day in Berlin. The whole song came to live within an hour which is quite unusual for us. Sometimes we have spent weeks/months working on a single song. We joked around that we had accidentally written an indie song, we thought it was quite catchy and we had a good feeling about it. It sounded a bit different from our other songs but we originally recorded it with a guitar. While producing it we decided to keep it more within EoMY’s sound world and use synths.

Q- Are there any plans for a East Of My Youth full length album at the moment?

Thelma: No plans for a full length album but we’re making a lot of music for sure!

Q- If you could work with anyone in the future, who would you choose and why?

Thelma: Oh wow..on the top of my head: Grimes, Lorde and Sevdaliza because they are all in all power ladies making really juicy well produced music and they fully embrace their own dynamics. Both in their music and performance.

Q- Have you got any live dates coming up? Hopefully you’ll come over to the UK to play!

Thelma: No live dates as we’re living on separate continents at the moment. I live in Los Angeles and Herdís in Berlin.

Q- You have played at the SXSW showcase in the past, how was that experience and how did your music go down?

Thelma: Well it sure was fun to visit Austin and experience the vibe but as a showcase festival we do not recommend it, unless you live close by and don’t have to spend any money on playing there. Because when you have Drake and Beyoncé headlining the festival it is definitely not for showcasing anymore. We passed through so many empty venues where most of those 2000 bands were playing and it was really sad that nobody bothered to check them out. We considered us lucky to have 20 people show up to our gig.

Q- What about your show at Sonar Reykjavik, How did that go?

Thelma: We played Sonar almost 2 years ago and it went fairly well but like always it’s always a matter of luck where in the line-up you play and I remember feeling it was almost too early in the night. People weren’t ready to come jam! But it’s all a valuable experience.

Thelma: I actually really like big gigs because our music needs a lot of space and when the venues and the crowds are bigger there is more energy and a bigger stage to play on. The bigger the better!

Q- What is the music scene like in Reykjavik and Iceland in general at the moment?

Thelma: The music scene back home has always been very vibrant and I think we again have a momentum of interesting talent popping up. The rap/R’n’B scene has taken over a bit and we definitely have a wide spectrum of quality in that genre in particular but I feel like artist have a way to express themselves differently through that form than more melodic/sung music. And I love all the teenagers stepping up on the stage. I find that very special back home.

Q- Are there any Icelandic artist that you could recommend to us?

Yesss, so many! Ok our good friends in Ayia are making killer electronic music, Mammút have been making beautiful poetic rock music for almost 15 years and are only getting better. Other bands worth looking at are Gangly, Jfrd, M-Band and so many more. Just come over to Iceland Airwaves 2018 and you’ll definitely experience some utter magic!

Thank you East Of My Youth and Gavin Brown