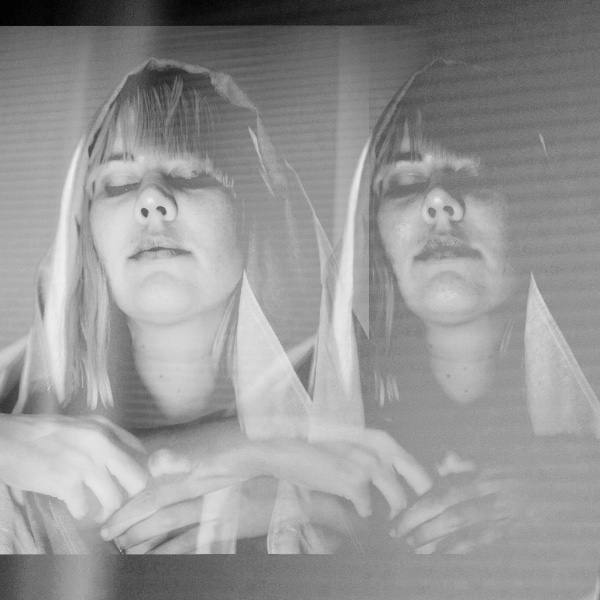 Following the release of her powerful statement album ‘Exile In The Outer Ring’, released earlier in 2017 via City Slang, EMA has announced details of a new EP release to coincide with her dates supporting Depeche Mode early next year.

Entitled ‘Outtakes From Exile’, the EP is just that, and will be released on February 2nd on City Slang. Today she shares a first track from the EP, “MopTops (Twist While The World Stops)”.

“I made this song two years ago with my friend Severiano Martinez who also worked on Amnesia Haze and Fire Water Air LSD” comments Erika M. Anderson, aka EMA. “He does a lot of art stuff but is also edits video — my demo of this was much slower but he approached like an editor and chopped it all up and made it much faster. It was alchemy. The lyrics were improvised, I was thinking about the 50s and 60s living under the constant threat of nuclear war… People doing the twist in a red light nuclear fallout bomb blast, about the haircuts from then, “mop tops”. But now we have these two crazy world leaders with crazy hideous hair threatening to blow each other up!”

In this album cycle, written entirely before the last presidential election, EMA situates herself in what she calls “The Outer Ring.” It’s a zone between the country and the city, both literally and figuratively — a surprisingly diverse world of people united only by poverty and tension, and by the anger that comes from having your story and your struggles erased from the narrative. The vignettes here are less about an actual place than scenes that could be unfolding anywhere in America, including the stories of recent immigrants, defiant feminists, nihilistic mall teens, police shootings, and ex-urbanites who’ve been pushed out of city centers by stagnating wages and rising expense, forced up against resentful rural communities swallowed by sprawl.

EMA is not new to material that speaks truth to power (“Active Shooter,” “Song For Ghostship”), and while these songs pull no punches in confronting ugly realities, they never wallow in despair. ‘Exile In The Outer Ring’ and the accompanying forthcoming ‘Outtakes From Exile EP’ are a portrait of resilience that render American poverty and resentment with frightening realism and deep empathy.

‘Outtakes From Exile’ EP track list:
1. Dark Shadows
2. MopTops (Twist While The World Stops)
3. I Don’t Treat Anything Good
4. From The Love That We Made
5. Breathalyzer Instrumental (EMA long cut)

Praise for ‘Exile in the Outer Ring’:
“Blasting the binary arguments that dominate America, Erika M Anderson’s brilliant third album looks into the Outer Ring.” – The Sunday Times Culture
“Each track is dripping with societal reform, documenting identity, poverty, capitalism and feminism through surly and meditated lyrics that reflect the contemporary age” – Aesthetica
“EMA’s powers of empathetic evocations prove potent.” – **** Record Collector
“EMA takes a stand against appropriation in her superb third album.” – ***** FT
“Raw vocals & impassioned delivery draw attention to EMA’s deeply personal and starkly candid lyrics “- The Line of Best Fit
“It’s an album of heavy drones, self-loathing and Erika’s gloriously twisted wit and feels like a sonic monument to the current fucked-up status of America in 2017” – The Quietus
“‘Aryan Nation’ is a noise-laden chronicle of the jilted ‘white trash’ Midwest, stuck in a vicious cycle of crime, poverty and dejection. The title alone is bound to raise a few eyebrows” – Drowned In Sound
“A diverse palette of sparks & friction applied to a canvas of shifting unease” – 4/5 DORK
“EMA doesn’t preach, she simply draws serious attention to deep-set societal issues. When it’s done in such a striking and powerful way, it’s hard not to take notice” – DIY
“Themes around poverty and alienation have never felt so emotionally compelling” – Electronic Sound
“Clever, unflinchingly experimental and catchy.” – MOJO
“Anderson has all but perfected a very delicate balance. She presents subjects boldly and forcefully, but also with a great deal of sensitivity and thought-provoking tact” – 4/5 The Skinny, Album of the Month
“Erika M. Anderson’s third solo album is a surreal and powerful story about political alienation. Her character-driven songs of noise, folk, and pop music thrum with rage and fear.” – Pitchfork
“She is one of current indie music’s great world builders, versed in heavy metal’s sense of myth, industrial music’s lessons in texture, and feminist punk’s mandate to tell stories still mostly hidden in the shadows.” – NPR Music
“…Exile In The Outer Ring could stand as one of the artistic triumphs of this dark time.” – The A.V. Club
“All throughout Exile in the Outer Ring, whispers and screams, noise and tune, light and darkness trade places until the differences of disappear. For some this will feel like resistance; for others, existence. In truth, it is a bit of both.” – Rolling Stone
“This is heavy music, but it’s beautiful, too, and you can get lost in it.” – Stereogum
“You don’t listen to Exile, you explore it. Each successive track is one step further into darkness.” – Bandcamp