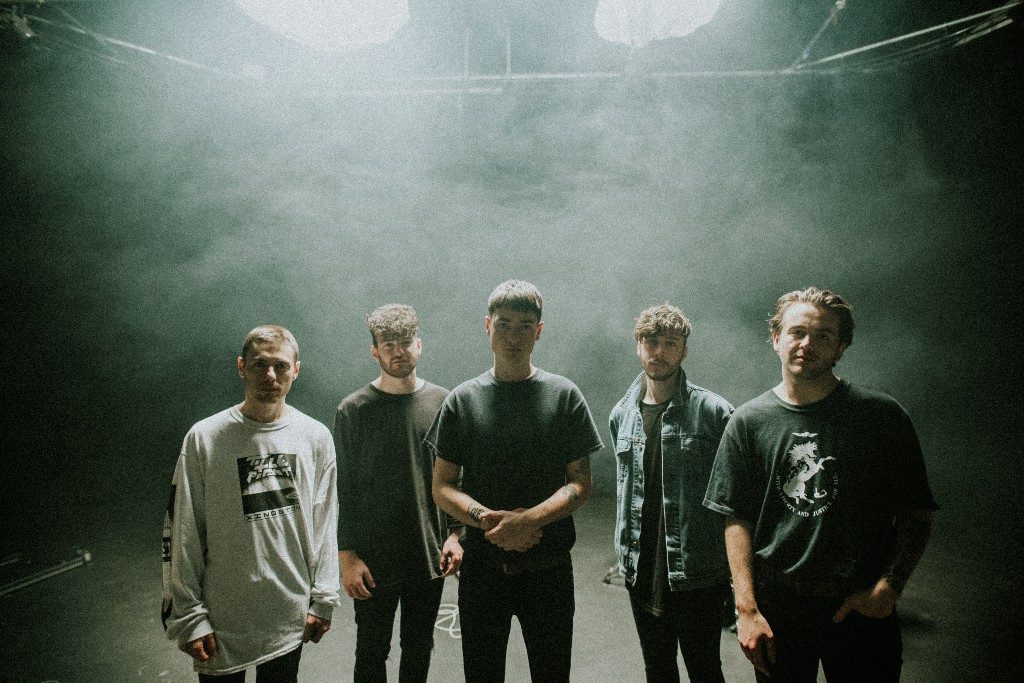 “’Drowned in Gold’ is about people being followers; people who never question anything & surround themselves with trivialities and mundanity,” explains vocalist Henry Cox of Boston Manor’s new single.“We had been writing for a while and wanted to put something out,” Cox continues. “We’re really proud of this one and so decided to release it ahead of the upcoming UK tour.” The visceral track was produced by Mike Sapone (Taking Back Sunday, Mayday Parade, Public Enemy etc) at Barbershop Studios in New Jersey.

Blackpool’s Boston Manor formed in 2013 and, in two short years, worked their way to signing with renowned US indie label Pure Noise Records, worldwide. They released their debut album ‘Be Nothing.’ in 2016 to widespread acclaim and the band have continued to tour the world since then, whipping up a frenzy in the US on tours with the likes of Moose Blood, Have Mercy and Can’t Swim, as well as completing their first full headline tour of the UK, with many a sold-out room. 2017 also saw Boston Manor perform all summer on the penultimate Vans Warped Tour in the USA, play packed out rooms at Slam Dunk Festival and make their first appearances at Reading & Leeds Festivals.

Boston Manor are currently working on the follow-up to ‘Be Nothing.’, which is expected for release in 2018.