Tundran, the moniker for the disco infused pop wunderkind endeavours of Swedish duo Jakob and Felix; are pleased to announce details of their new 7 track EP ‘Morning Moon’ this November.

They detail the EP: “We really loved writing and producing the Morning Moon EP. It was a very sobering experience for us. When making music, we usually like to lose ourselves in dreams and our imagination, but it felt natural to explore some personal feelings this time around. We always embrace changes to our music, and we will keep evolving in the future. For now, it’s incredibly exciting to release these songs, and let them run free in the wild.”

Tundran embark on a musical rollercoaster having attracted exhaustive comparisons – be it Sweden’s top tier media to bloggers further afield and seen the band make an indelible impression even at this early stage – The band take a Seventies strut, disco bounce, and eighties pop swagger and update it for the 21st century dance floor. They sent a demo of their first single ‘Still Afraid’ to PRMD who ‘leaked’ it on Soundcloud. In the two hours it was live, the track garnered an overwhelmingly positive response. EDM.com would formally premiere it shortly after, and Tundran inked a deal with PRMD Music.

Ultimately, Tundran stands poised to make people move worldwide. “When we make a song, we get goosebumps,” Felix leaves off. “It’s the most incredible feeling. We want everybody to hear that in our music.” 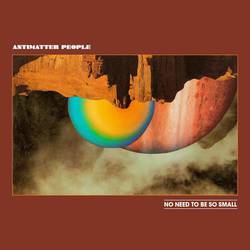