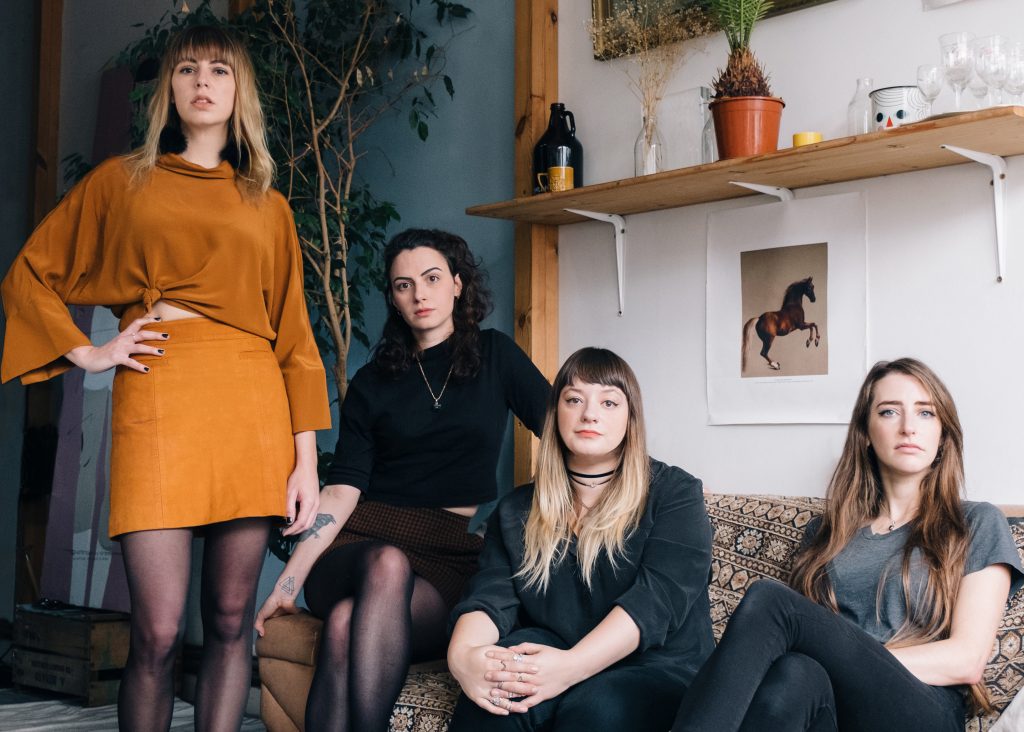 London headline show at The Waiting Room on 13th December

The single follows the band’s 2016 debut ‘Falling Apart’, which was named the 9th Best Song of 2016 by Loud and Quiet and was placed on Apple Music’s Indie A-List.

The forthcoming Double-A seven inch will also feature the track ‘Ghost Away‘.

The band will headline a Bird on The Wire show at the Waiting Room in December:

Totally are a five-piece who have quietly amassed a loyal audience since their formation in late 2015. Each member brings their own influences and life experience to the project, resulting in a sound which draws from DIY, sixties girl groups, Australian guitar popand 90s R&B to result in something completely fresh.

Wild Horse Records is a new Australian/London label rearing the untamed and interesting, celebrating the free-roaming and unclassifiable.

“Citing influence from sixties girl groups and 90s RnB, the four piece girl band are onto a winner” – So Young

“A swooning piece of guitar-pop… “Falling Apart” is an endearing beast; the kind of sumptuous ballad you’ll find yourself replaying over and over again.” – GoldFlakePaint

“The latest single by Totally comes awfully close to being perfect.” – The Revue

“Falling Apart pairs a soulful, R&B flecked lead vocal, with the sort of distant harmonies Midlake perfected on The Trials Of Van Occupanther; while the steady tick of drums underlay meandering, expansive guitar work – the result is a track that doesn’t really sound like anything else” – For The Rabbits