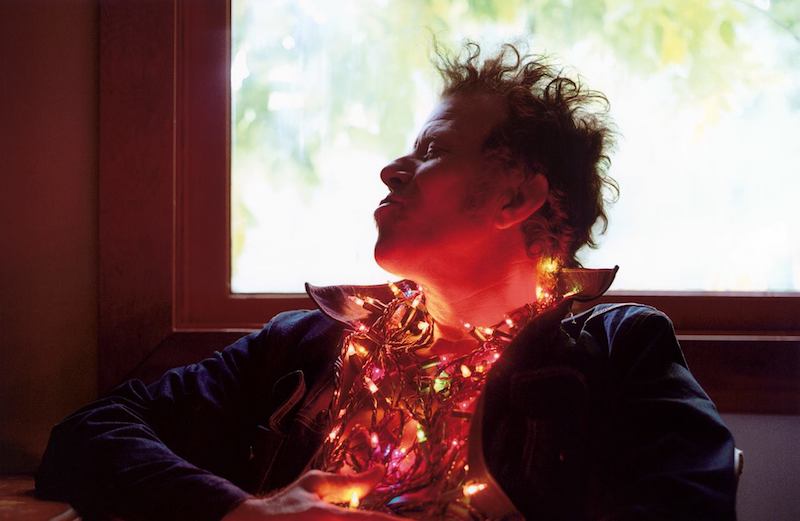 TOM WAITS TO RELEASE REMIXED ‘REAL GONE’ ON 24 NOVEMBER
Remastered Versions of Albums ‘Alice’ and ‘Blood Money’ Are Also Being Released on 24th November
Tom Waits and longtime songwriting and production partner Kathleen Brennan, have returned to the original master tapes to remix the’ groundbreaking 2004 album Real Gone. The resulting version, available via Anti- this November 24th, presents the acclaimed record with a sound and texture originally envisioned by the artist. It is a rare look into the creative process of the influential artist taking an opportunity to reinvestigate a pivotal work. Some of the new mixes are radical transformations from the original versions and the whole album crackles and steams with fuller intensity and more vivid intimacy.
Real Gone was a visionary mix of genres with Waits abandoning piano and a traditional rhythm section and utilizing an array of mouth made percussions and a beautifully cacophonous symphony of at times unidentifiable noises to create an alternately sad and jubilant reimagining of folk, blues and hip-hop.
Also being released on that same date are remastered versions of 2002’s Alice and Blood Money.  Alice is a languid and mournful chamber piece, featuring piano, cello, violin and bass clarinet, highlighted by the titular jazz blues ballad. Blood Money is the tragic story of a conscripted soldier exploited by the Army and  it is the first time Waits and Brennan tackle the world’s  dark  socio-political themes in song.
These records are being released as part of a series of remastered versions of Tom Waits’ Anti- catalogue, which will now sound better than ever on all of the digital music services.
In addition, Tom will release remastered versions of these albums:
1st December   – ‘Glitter and Doom Live’
15th December  – ‘Mule Variations’
2018 – ‘Orphans: Brawlers, Bawlers and Bastards’ (released separately)
Info on albums to be released:
‘Mule Variations’ (1999) The Grammy award winner for Best Contemporary Folk Album, and Certified Gold Record, offers the iconic songs ‘Hold On’ and ‘What’s He Building in There’ along with the groove-heavy, ‘Get Behind The Mule’. Experimentation areinterspersed with some of the most beautiful and personal songs Waits has written.
‘Blood Money’ (2002) Based on the true story of Woyzeck, a conscripted German soldier, who murders the mother of his child after being driven mad by army drug experiments. This is a darkly rhythmic record, illuminating life’s bleak carnival with songs like ‘Misery is The River of the World”’and ‘God’s Away on Business’ and includes the melancholic beauty of ‘All the World is Green’ and ‘The Part You Throw Away’.  Marimba, bass clarinet, trumpet, viola, cello, calliope and log drums form the core group of instruments.
‘Alice’ (2002) Alice is a haunted, moody chamber piece devoted to the obsessive, forbidden love of Charles Dodgson for Alice Liddell, for whom Alice in Wonderland was created. Piano, pump organ, cello, theremin and stroh violin are the main instruments employed for these melancholy and comic musings on death, longing, and the random meanness of life. Waits adapts the classic blues jazz balladry his early career in the eponymous song, ‘Alice’ and the seasick pump organ and strings ode to the wall that separated East from West Germany, ‘Lost in the Harbor’.
‘Real Gone‘ (2004) Grammy nominated and featuring an entirely new mix that better fulfils the dynamic musical soundscape Waits/Brennan envisioned from the beginning. To accomplish this they returned to the multitrack session tapes and enhanced certain instruments or a vocal arrangement to create a sound that better represents the full-bodied more sonically vibrant and jagged edges that Waits and Brennan were originally going for but lost.
‘Orphans: Brawlers, Bawlers & Bastards’ (2006) This Grammy Nominated, Gold-certified three-disc set will be offered as separate records for the first time. The collection goes beyond a simple career retrospective with over 30 newly recorded songs and unique interpretations of songs by a diverse group of artists which include The Ramones, Daniel Johnston, Kurt Weill & Bertolt Brecht and Leadbelly.
‘Glitter and Doom Live’ (2009) Disc one captures 17 performances hand-picked by Waits from his sold-out 2008 international tour. The collection features a haunting ‘Trampled Rose’ from Real Gone and a hypnotic ‘Get Behind the Mule’ from Mule Variations. Waits also digs into the vaults for tracks like a reimagined ‘Singapore’ from 1985’s Rain Dogs. The second disc, ‘Tom Tales’, features a selection of the comic bromides, strange musings, and unusual facts that Tom traditionally shares with audiences.
PRE-ORDER ALL RE-ISSUES HERE: www.tomwaitsstore.com
www.tomwaits.com