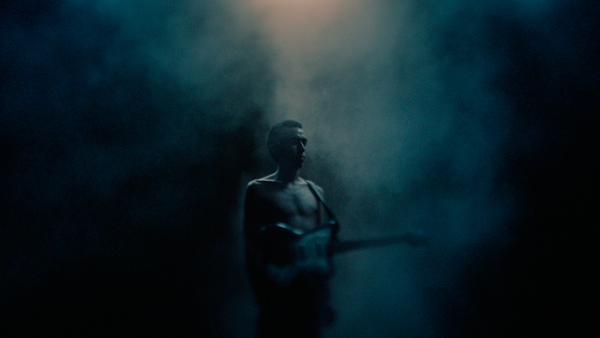 Taken from album Secret Place due out on 10 November via La Castanya
UK Shows in November
24.11 — Shacklewell Arms, London (UK) Presented by Parallel Lines
25.11 — Mono, Glasgow (UK)
27.11 — Hy Brasil, Bristol (UK)
29.11 — Rough Trade Recommends @ RT East, London (UK)
The Zephyr Bones are pleased to share the video for their new sing “Telephone”, taken from their forthcoming album Secret Place, due out on 10 November via La Castanya. The video was made by acclaimed director Roger Guàrdia of CANADA (MOURN, Battles etc) and features stunning visuals and creative production design. It was premiered by Wonderland who called it; “a mesmerisingly trippy visual feast. With distorted slo-mo visuals, the video sees the band performing the gorgeous track in the round and it’s just as captivating and dreamlike as the song itself.”
The band have also announced two more UK shows in Glasgow (25/11 at Mono) and Bristol (27/11), as well as two London dates at The Shacklewell Arms (24/11) and Rough Trade East (29/11).
The Zephyr Bones are a surfer-psych-pop band from Barcelona who will release their gorgeously hazy, dreamy, sun-drenched, debut album Secret Place via Spanish label La Castanya in November. Inspired by US bands such as DIIV, Wild Nothing, Real Estate, and Beach Fossils, main songwriters and guitarists Brian Silva and Jossip Tkalcic moved from Chile to Barcelona to form the band, and were joined by the rhythm section, Marc López and Carlos Ramos. Part of Spain’s thriving DIY indie scene (Baywaves, Parrots, etc.), The Zephyr Bones create their own brand of guitar orientated dream pop – which they have christened “beach wave” – recorded at Eclectic Echo Lab studio in Barcelona.

“Slightly surreal and ultimately difficult to place, The Zephyr Bones seem to allow the music to find its own path.” – CLASH

“Hazy pop vibes like a hit of serotonin.” – Noisey

“The Zephyr Bones manage to sound dark, summery and trippy all at once.” – NME