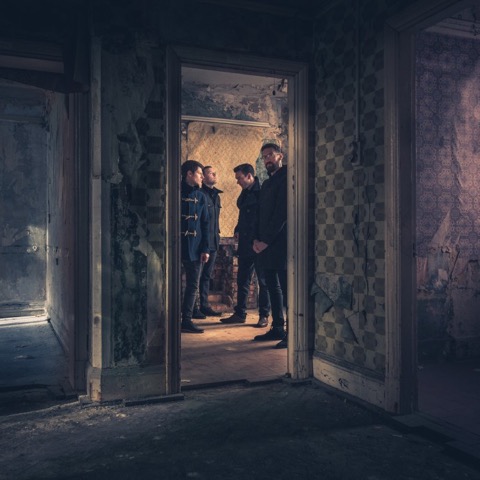 The Slow Readers Club are quite simply too glorious to be kept a secret; see them, be seduced and then pass the pleasure on.”
Louder Than War
“Alongside the likes of Cabbage and Blossoms, The Slow Readers Club are currently one of the most exciting sounds coming out of our fair city”
Manchester Evening News
The Slow Readers Club are delighted to present the striking new video for powerful current single: ‘Lunatic’ (out now on the Modern Sky label).With reference points in the harrowing story of Robert Stroud ‘The Birdman of Alcatraz’ and nods to cult prison thriller Midnight Express, the ‘Lunatic’ video is a tense and claustrophobic affair that offers fitting visual accompaniment to this compelling new release.
Watch the ‘Lunatic’ video on YouTube here:https://www.youtube.com/watch?v=ZSwU3CCL-Dk&feature=youtu.be

Filmed in the crumbling confines of the abandoned London Road Fire Station in the heart of Manchester City Centre, the video was directed by longtime visual collaborator Chris Croft (who also worked with the band on the videos for ‘Plant The Seed’, ‘I Saw A Ghost’ and others).

Speaking about the inspiration behind the video, Croft says:

“For years I’ve been haunted by the feeling I had when visiting the isolation cell of Robert Stroud, the infamous ‘Birdman of Alcatraz’. Stroud was kept in a small stone room at the prison for 6 years, imagine spending that amount of time cut-off from everyone? I’ve never felt anything like it, and as a film-maker I’ve looked for ways to channel that feeling, its claustrophobia and intensity into my work.”

Teeming with the fear and paranoia that has been instilled by the incarcerations of the modern day, the latest single from the Manchester four piece is a nihilistic outburst and a rallying, renegade expression with its intentions all on escape. The track was produced by long-time collaborator Phil Bullyment, who produced the band’s acclaimed sophomore LP ‘Cavalcade’ and is also noted for his work with Mancunian contemporaries Dutch Uncles.

The new video arrives as the band prepare to take on some of their biggest headline shows to date – many of which are now sold out – including Manchester’s Albert Hall, Nottingham’s Rescue Rooms, London’s The Garage, and Glasgow King Tuts, with only final tickets remaining for the upgraded show at Birmingham Academy 2 and scheduled appearance Bristol Thekla in the coming weeks.

A Manchester based four piece who specialise in dark and brooding indie electro, The Slow Readers Club have drawn comparisons with Interpol, The Killers and The National and are, quite possibly, the biggest band you have never heard of…
With a steady output of singles plus two full length studio albums including their s/t debut and 2015’s ‘Cavalcade’, the band have dodged the limelight in favour of amassing a distinct and significant cult following from the shadows.
Always self-funded and with no more than word of mouth and their repertoire at their disposal, the band have spellbound arena audiences whilst touring with James and festival masses at the likes of Isle Of Wight, Festival No6 and Kendal Calling. Amongst their fans the band count Jim and Saul from James, Peter Hook, Clint Boon, Steve Lamacq, Chris Hawkins, Eddie Temple Morris and have been championed by the likes of Louder than War and the Manchester Evening News.
Testament to their hard work and enduring sound – on the 24th November 2017, the Manchester band will be welcomed home by a 2000-capacity SOLD OUT crowd for what will be biggest headline show to date at city’s salubrious Albert Hall venue.
The Slow Readers Club are Aaron Starkie (vocals), Kurtis Starkie (guitar and vocals), James Ryan (bass) and David Whitworth (drums).
With the promise of new material on the way, and thrilling new single ‘Lunatic’ sure to become a live favourite, you can catch the band on tour at the following dates this Autumn:
THE SLOW READERS CLUB – AUTUMN TOUR 2017
10th November – The Garage, London [SOLD OUT]
17th November – Thekla, Bristol
23rd November – Rescue Rooms, Nottingham [SOLD OUT]
24th November – The Albert Hall, Manchester [SOLD OUT]
9th December – King Tuts, Glasgow [SOLD OUT]THE SLOW READERS CLUB – NEW SINGLE: ‘LUNATIC’
OUT NOW –  ON MODERN SKYWATCH THE VIDEO ON YOUTUBE HERESTREAM ON SOUNDCLOUD HERE + LISTEN ON SPOTIFY HERE
FOR MORE INFORMATION
w/ http://www.theslowreadersclub.co.uk 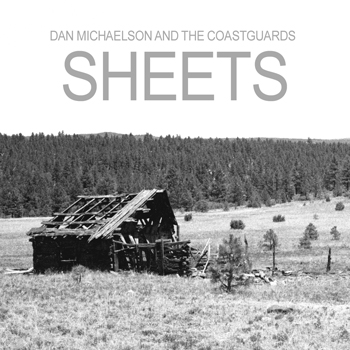