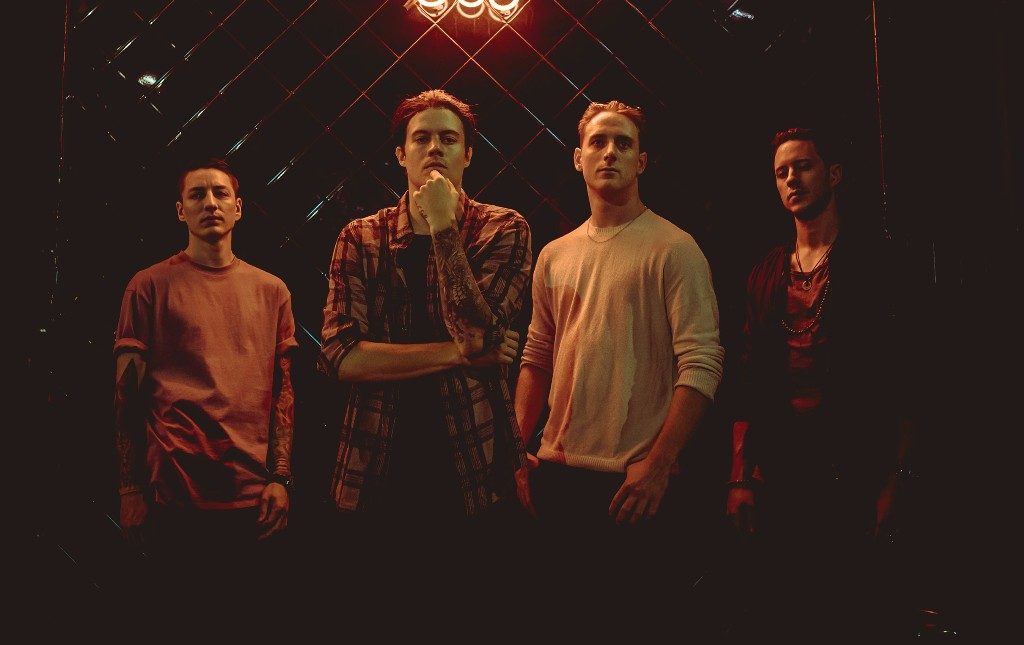 THE PLOT IN YOU have announced that their first album for Fearless Records, ‘DISPOSE’, will be released on 16th February, 2018. The Ohio rock band – composed of Landon Tewers (Vocals), Josh Childress (Guitar), Ethan Yoder (Bass) and Mathis Arnell (Drums) – have crafted a truly unique take on modern rock, transcending genres from metalcore to alternative. With ‘DISPOSE’, the group is ready to undertake a new journey with a fresh vision, taking a collective step forward, which showcases the group’s eclectic style and creative flair. Produced by Drew Fulk [Motionless In White, I Prevail, Crown The Empire], the 10-track album explores the lasting effects of a toxic relationship, and serves as The Plot In You’s most personal material to date.

The record’s announcement comes alongside evocative new single ‘NOT JUST BREATHING’, which is a track that is indicative of the band’s new direction, moving into a truly epic musical realm. Tewers explains the motivation behind the track – “Not Just Breathing is about cutting ties with someone who is dead weight in your life and dragging you down, always hoping for the best for that person but coming to terms with the fact that you need to move on with your life in a separate direction from them.”

‘FEEL NOTHING’ was the first track from the album to be revealed over the summer when the band announced their signing to Fearless. The music video has racked up almost 2 million views in a mere few months.