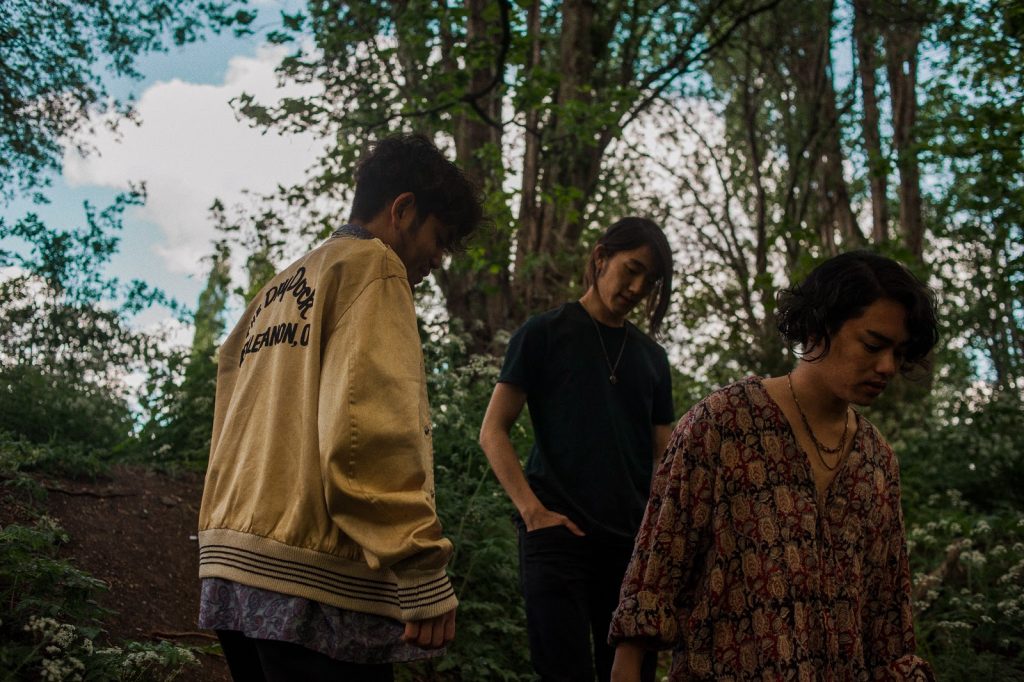 “Waves of synths wash across the record, while swirling, reverb-heavy guitars create its undercurrent” CMU Approved

‘This song was made when I was trying to express some feelings that I didn’t even notice I had in my mind. I tried to figure out what they were by making music. The muddiness of the sound expresses the state I was in.’

‘Outskirts’ marks a definite sonic turning point in The fin.’s career. Where early songs paid respectful homage to a medley of influences, (there’s a strong Tame Impala current running through tracks like ‘Night Time’ and ‘Pale Blue’, for instance, and shoegaze has been a formative influence in their output), ‘Outskirts’ sees The fin. arriving at a sound that would fall flat in the hands of other groups. Hinged around lead singer/songwriter Yuto Uchino’s canny ear for melody, texture, progression, and synthesis, ‘Outskirts’ is all razor sharp synths and oceanic production. The beat is a slow crawl and the languorous guitar lines lend it an indie americana feel without compromising on the vibrant disco sheen the group have explored recently. With Yuto’s tender falsetto vocal at it’s centre, ‘Outskirts’ shows The fin. developing a distinctive mature style with poise. Their beguiling debut album beckons on the horizon.

The fin. are a group comprised of Yuto Uchino (vocals and synths), Ryosuke Odagaki (guitar), and Kaoru Nakazawa (drums / bass). To date, they’ve performed to thousands of rapturous fans worldwide at major festivals including Fuji Rock, SXSW and The Great Escape. In 2015, they released their debut UK EP Night Time through Lost In The Manor. Last year’s Through The Deep EP was a cleverly refined follow-up and it prefaced their decision to move to London that autumn. Their tenure here has seen them develop themselves artistically through collaborations writing, recording, and touring with a wealth of British artists and producers like Brad Spence, All We Are, Circa Waves, Last Shadow Puppets, Petite Noir and many more. Praise has built quickly around the group and they’ve achieved over two million Spotify plays for their stylish Europhile blend of synth-pop, chillwave and dream-pop, complete with English lyrics addressing universal themes of everyday uncertainties. The Pale Blue/Afterglow vinyl was released on September 6th, followed by a supporting act for MEW in Tokyo and a UK tour in October with KOYO. Now they

ASHRR DEBUTS NEW SINGLE/VIDEO, “MADE UP YOUR MIND,” FROM UPCOMING RECORD