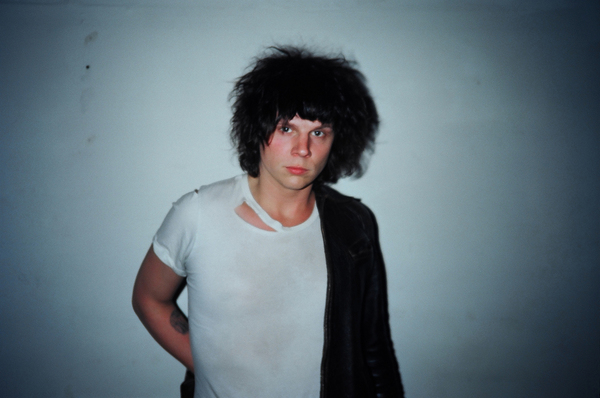 Sub Pop to release Kyle Craft’s Full Circle Nightmare,
his forthcoming second album, worldwide on 2nd February 2018
Kyle Craft’s Full Circle Nightmare, his forthcoming second album, will be released on CD/LP/DL/CS worldwide February 2nd, 2018 from Sub Pop. The 10-track album was produced by Chris Funk (of the Decemberists), with mixing by Trevor Spencer and the Helio Sequence’s Benjamin Weikel and Brandon Summers. Full Circle Nightmare is the follow up to Dolls of Highland, his acclaimed debut.
Album highlight “Heartbreak Junky” is the first offering and cinematic lyric video from Full Circle Nightmare [watch here]. The visual was directed by the One Hundred/Swanson Studio team, and brings the already vivid album cover to life. The Full Circle Nightmare front and inside gatefold images were shot by brothers Peter and Laki Karavias.  The cover art concept was born from an idea Craft had that incorporated imagery from the lyricism found throughout the album. “Once everyone all piled into the room, it took a different turn,” Craft says. “Some of the lyrical elements stuck around on the cover and on the inside fold, but for the most part it just turned into a small party and my pals Peter and Laki caught some perfect moments.”
The Louisiana-bred, Portland, Oregon-based Craft  has earned notices for his observational storytelling talents, his incredible stage performances, and his uniquely compelling voice. Since the release of Dolls of Highland, he and his band have toured the US multiple times, both as headliners and supporting the likes of Fruit Bats and Drive-By Truckers, and Kyle has made repeat guest appearances at Newport Folk Fest.
Between the extensive touring and working on Full Circle Nightmare, he’s delivered both new material (the politically-charged “Before the Wall”)  and beautifully earnest covers (the recently-released Girl Crazy covers series; Leonard Cohen’s “Chelsea Hotel No. 2”).
Full Circle Nightmare is a straight-up, rollicking rock’n’roll album, it traverses all the different nuances of the genre; it’s a timeless piece that could exist in any of the past five decades. All the songs were written over a year, and eventually Craft took them into a studio run by Chris Funk. It was the first time he worked with a proper set-up. He was used to making all his music in his room with the aid of a laptop. “I always wanted to go to a legitimate studio and do what my all my old heroes did,” Craft says. “We did it live with the band.” The joy of the experience is palpable. It evokes a never-ending night out in a sweaty saloon bar: bottomless rounds, endless packs of cigarettes and hours dancing to the jukebox (read full bio at Sub Pop).
Full Circle Nightmare is now available for preorder from Sub Pop [link here]. There’s also a new T-shirt design. The album will be available in the following formats: LP gatefold jacket with custom dust sleeve, CD digipack with poster insert, Cassette and Digital. UK & European pre-orders of the limited Loser edition LP will be available on violet-coloured vinyl from select independent retailers (while supplies last).