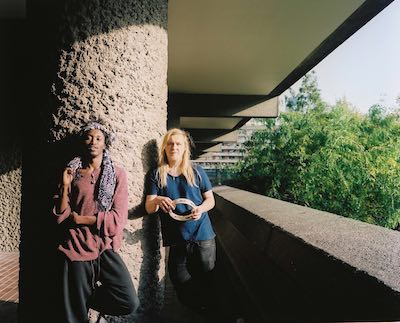 Out now via Lapsang House

Electronic/soul outfit Science Magpie (Bólátitó Fágbênlé and Ben de Vries) are making their debut with ‘Here Too’, released via independent label Lapsang House. Writing music in their current base of London, the duo’s new single is awash with 808 beats and N64 era flute melodies as Tito’s commanding vocal references the soul he was raised on. Producer Ben has also been busy working on new material with David Gray in between studios sessions for his other band Lunacre and remixes for the likes of alt-J and Richard Ashcroft. Merging their eclectic talent for this latest project, Science Magpie aren’t in the business of wasting time and have already started on what’s to follow.

The debut single sees Science Magpie drawing from a diverse pool of influences, referencing the avant-garde stylings of Gorillaz and Kero Kero Bonito whilst Tito’s acrobatic vocal brings to mind the 80s soul of Luther Vandross. Cryptic words tell of self-reflection and, ‘gathering courage, taking action, not wasting away’, citing a peculiar moral tale of how you can either get outside and live your life or keep watching through a window, perpetually stirring a ‘bowl of rice’. Ethereal, dreamy and wistful, ‘Here Too’ is driven by it’s jovial melodies and enveloping musical palette, but there’s an intriguing darkness buried just beneath the surface that makes for a promising insight into future creations.