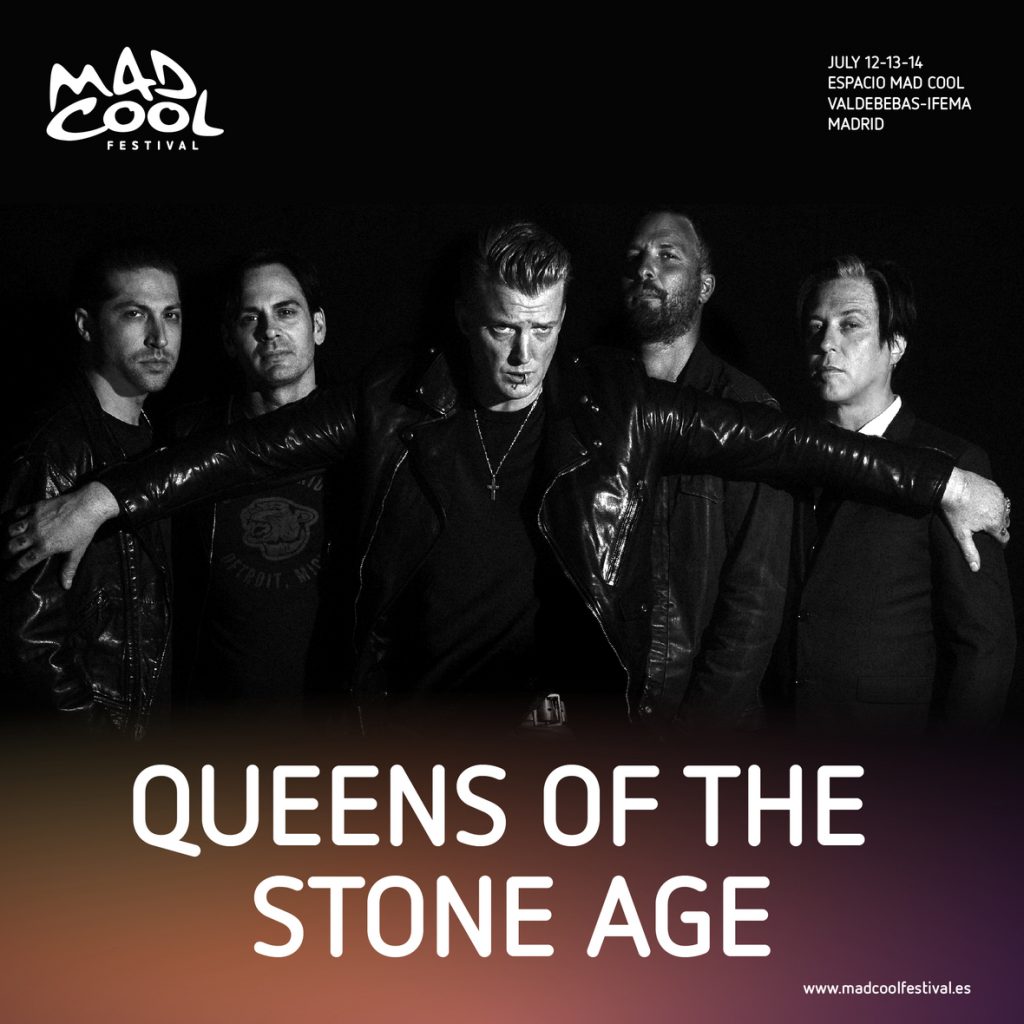 QUEENS OF THE STONE AGE

After almost a decade’s absence from the city, the iconic American rock band will return to Madrid for Mad Cool 2018.

Led by the charismatic Josh Homme and the first band to be announced for Mad Cool 2018, Queens of the Stone Age will perform tracks from their seventh and latest studio album Villains, produced by Mark Ronson, as well as songs from the best of their previous repertoire.

Formed from the ashes of legendary “badass” rock antiheroes Kyuss, Queens of the Stone Age were welded together in 1996 in Palm Desert, California. They came to mainstream attention in 2002 with their seminal album Songs for the Deaf and the global driving stomp riffage of megahit No One Knows.

Claiming at the time the sound of the album was like “lightning in a bottle”, we look forward to uncorking Queens of the Stone Age in Madrid at Mad Cool 2018.

The festival’s third edition will take place on 12, 13, 14 July 2018 and in a new location. With the help and support of Madrid City Council the festival will move from Caja Magica to a new location in the North of the city. The “Mad Cool Space” is now situated in Valdebebas – IFEMA with an 80,000 capacity. We will continue to support different artistic disciplines through the Mad Cool Gallery and Mad Cool Design Market as well as a new and renovated restaurant zone.

Furthermore the festival will now have a total of seven stages (compared to five previously) which will showcase the cream of the world’s musical talent. Every day starting today till 4th December, we will announce a new band and a clue to the band’s identity will be posted the day before at 13.00 hrs GMT / 14.00 hrs Spanish time.