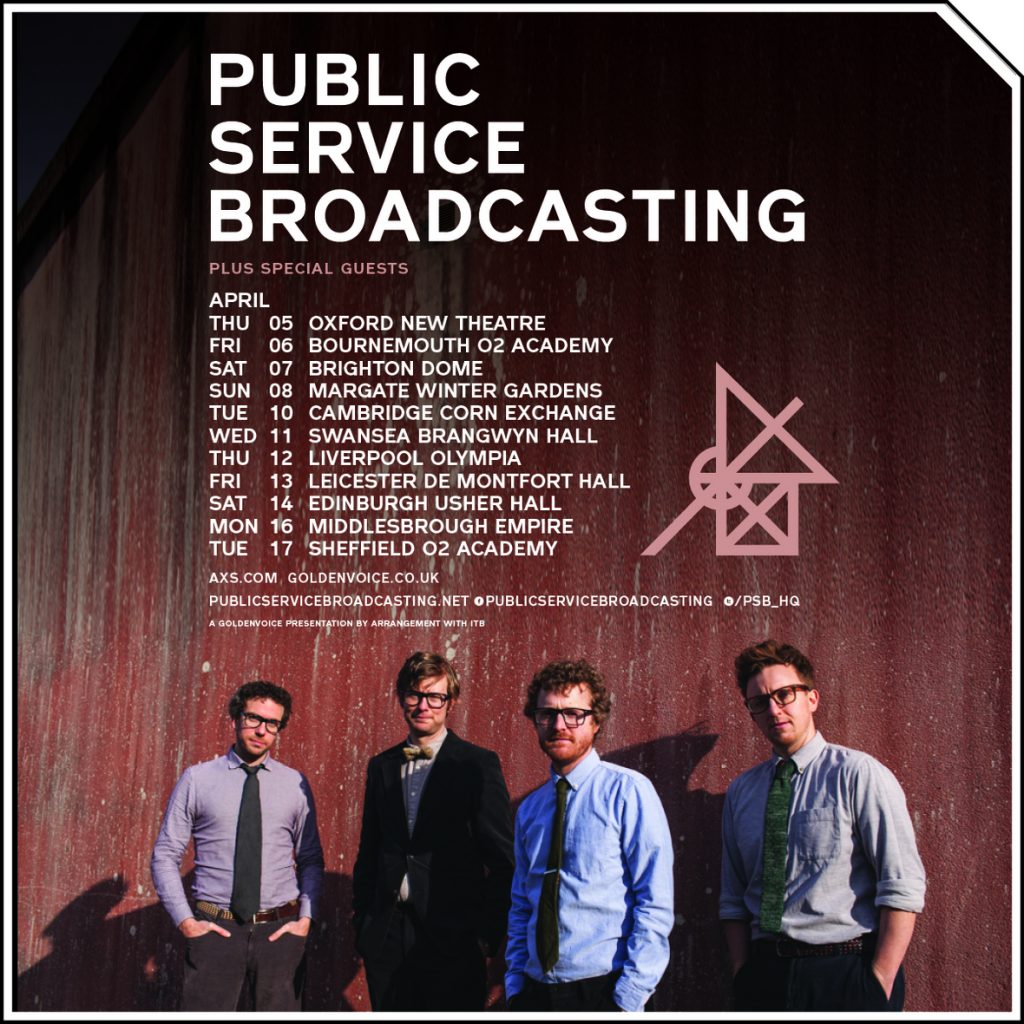 Following the release of their critically-acclaimed album Every Valley (“An album with heart, art, and political fire to spare” – The i), and a sold-out UK-wide tour culminating in a spectacular performance at London’s Eventim Apollo, Public Service Broadcasting today announce a series of dates for their Spring 2018 UK tour.

Each album from Public Service Broadcasting is a painstakingly crafted artefact, filled with the wit and passion of J Wilgoose Esq. and Every Valley is no exception. Recorded in former industrial town Ebbw Vale, and chronicling the vertiginous rise and devastating fall of the Welsh mining industry, Public Service Broadcasting’s third LP jostled with Jay Z and Ed Sheeran, reaching #4 in the UK charts.

This October’s tour acted as the culmination of the Public Service Broadcasting saga thus far: a richly kaleidoscopic feast of sound and vision placing material from their three top-twenty albums, 2013’s Inform – Educate – Entertain, 2015’s silver certified The Race For Space, and this year’s Every Valley (not to mention the accompanying documentary footage and recordings) alongside one another. More than simply a showcase for a daring and experimental musical outfit, Public Service Broadcasting’s live shows aim to fashion a narrative for the dispossessed voices of our history, taking us from the blackest deeps of the Welsh coal mines through the farthest reaches of space in one bound.

Fans of the band have come to expect as much from the extraordinary production values of Public Service Broadcasting’s live shows, and resident set design guru and all-round visual mastermind, Mr. B, is thrilled at the opportunity to once again blow these expectations clean out of the water with another set of heart-stopping blockbuster set-pieces. As much a part of the Public Service Broadcasting experience as the [inter]stellar sonics, Mr. B’s visuals elevate each gig into an unmissable event.

Described as “a singular, spellbinding audio-visual show” in The Metro and “a tour de force”, Public Service Broadcasting’s live gigs are a perfect distillation of a band dedicated to their duty to entertain as much as to educate and inform. The great work continues – climb aboard.

Tickets for the tour are on sale on Friday 10th November at 10am from:
publicservicebroadcasting.net