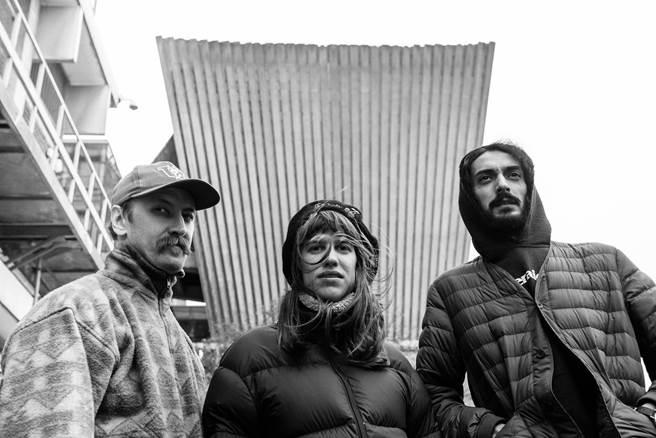 NEW SINGLE – ‘IN THE HANGING GARDENS’

“A quiet riot of ethereal vocals and lustrous guitars. Pinkshinyultrablast a valid insight into young modern Russia via the early-90s Thames Valley.” The Guardian

“A complex but sumptuous confluence of mathy basslines and waves of melodic ecstasy.” Q Magazine

Pinkshinyultrablast, Russia’s finest export, have shared their new single ‘In The Hanging Gardens’, soon to available on limited edition 10”. The band have also announced an extensive UK tour as well their eagerly anticipated third album ‘Miserable Miracles’, due for release on May 4th via Club AC30 (UK) and Shelflife (USA).

With vocalist Lyubov recently moving to LA, the band have been exploring new ways of composing and collaborating. Partnered with a line-up refinement, the new material sees Pinkshinyultrablast go down a more electronic path while experimenting with new sounds and genres (including inspiration from Japanese pop such as Chiemi Manabe and Yellow Magic Orchestra).

Originally hailing from a city more synonymous with the State Conservatory than a gang of shoegaze addicts, the band have nevertheless seen great critical and commercial success since their debut album ‘Everything Else Matters’ and follow-up ‘Grandfeathered’. They’ve been compared to bands such as Lush but this is no mere throwback tribute – due to their sharp, icy electronics and ability to subvert the genre, bringing something new to the table. They possess not only the spirit of late 80s/early 90s British bands like Cocteau Twins, but also machine-made sounds of the same era from Sabres Of Paradise or Global Communication, not to mention wider vibrations like Cluster, Popul Vuh, Terry Riley and Philip Glass.

On ‘In The Hanging Gardens’ delicate vocals soar effortlessly above a haunting ambience and ethereal embellishments are complimented by a driven beat. It’s the perfect track to showcase the band’s new, more electronic direction and while retaining their signature quirkiness, there’s another layer of experimentation here.

Friday 4th May – Band on the Wall MANCHESTER Tickets