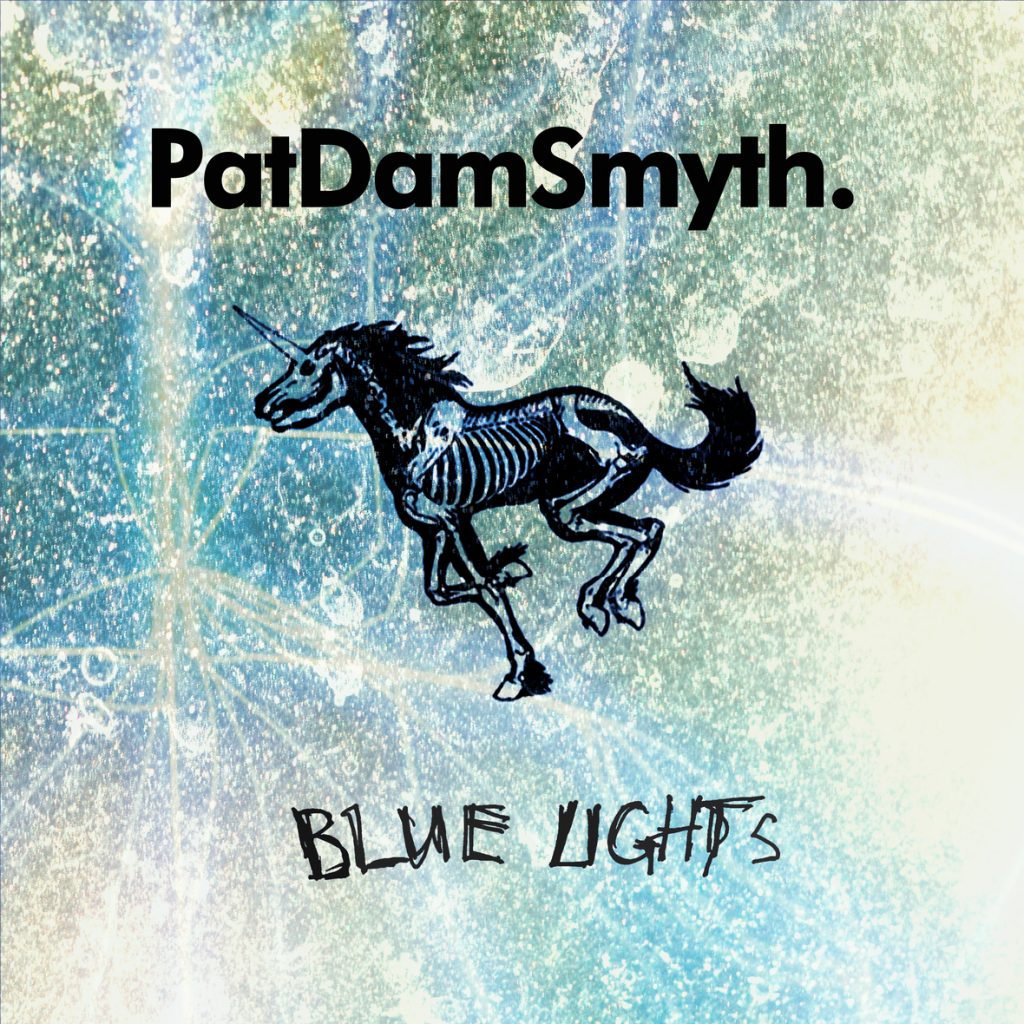 “A rare kind of truthful songwriting” – The Irish Times

Blue Lights is a song haunted by its past. It is a memory piece that recalls Pat and his teenage band’s first headline show back in Northern Ireland, when a bomb scare saw the venue evacuated. Instruments bought especially for the occasion were abandoned as the band tore from the scene in a tiny Ford Fiesta, watching the blue lights fly past in the other direction as their teenage getaway driver got high.

The song allows Pat’s nigh unparalleled mastery of storytelling to come to the fore, deftly weaving nostalgia and harsh reality together to create a portrait of teenage rebellion in the face of a brutalizing adult world. His lyricism transforms a turbulent Northern Ireland into a ruined arcadia: a blasted landscape of “rolling fields and burnt out cars” all lit in the eerie glow of the titular lights. And yet the almost childlike sweetness of both the melody and Pat’s vocals on the track, poignantly suggest innocence over naïveté – an unvanquished faith in our better natures. Talking about the song, Pat admits that there comes a day when we all grow up to see the world as a con, but asks us to play on anyway: “Punk rock saved my soul, sure beats digging six feet holes. It was freedom, and it never goes away.”

Pat Dam Smyth’s smoky poeticism and atmospheric sonics regularly draw comparisons to dark troubadours Nick Cave And The Bad Seeds, and it was only a matter of time before Pat & his long term collaborator Chris McComish drew the attention of one of the Bad Seeds themselves. Pat and the band are delighted to be joined by Jim Sclavunos as a collaborator on the new album, lending a welcome hand on the production and mixing of Blue Lights in particular. Pat has characterised the Bad Seed as the band’s infernal apothecary, prescribing, “a new found perspective on the sounds we had already developed.”

Blue Lights is the first taste of what’s in store from Pat Dam Smyth in 2018. The hand-crafted rawness of his critically acclaimed record The Great Divide and the Goodbye Berlin EP has made way for a bolder, and larger sound with all the lyrical complexity and theatrical flair that we have come to expect.

Pat has recently returned from an Irish tour including three shows supporting Alison Moyet, before being selected by industry tastemakers to perform in Manchester at the ‘Off The Record’ showcase. Pat will be touring the UK throughout November and December – dates can be found below: