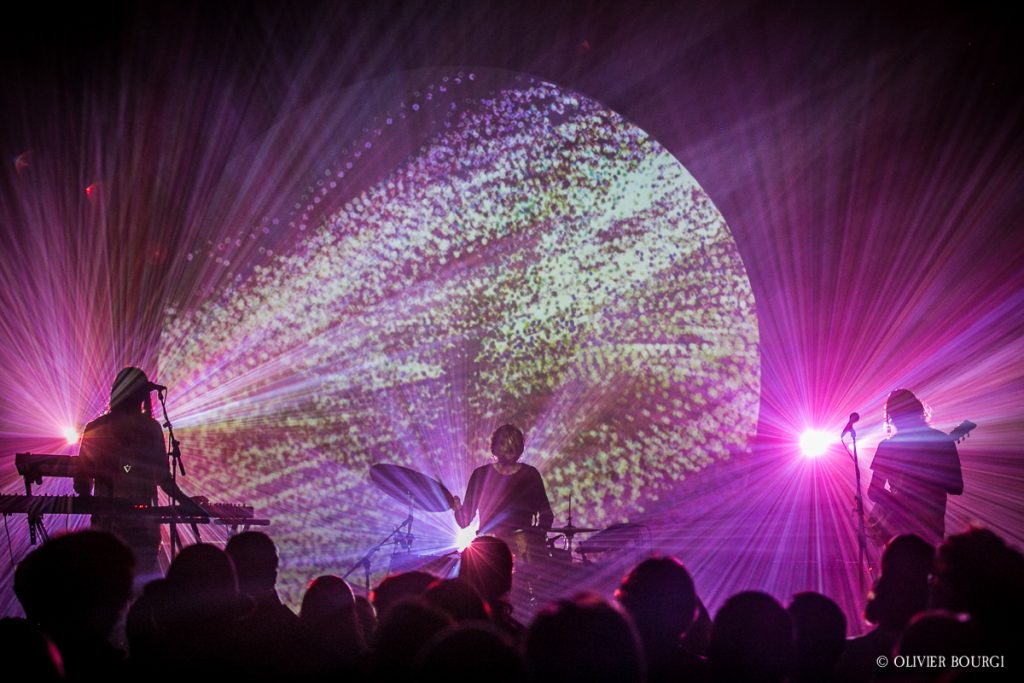 2017 has been a busy year for Moon Duo, releasing not one but two albums and touring the world from Mexico to South Africa, including their largest London headline show to date at a sold out Heaven. Now, as the year draws to a close, they have announced plans to return to the UK at the start of 2018.

Earlier in 2017, Moon Duo released Occult Architecture Vol. 1 and Vol. 2 – a psychedelic opus in two separate volumes – an intricately woven hymn to the invisible structures found in the cycle of seasons and the journey of day into night, dark into light. Offering a cosmic glimpse into the hidden patterning embedded in everything, Occult Architecture reflects the harmonious duality of these light and dark energies through the Chinese theory of Yin and Yang. The Yin (darkness, night, earth) is represented on Vol. 1, where Vol. 2 presents the Yang. Yang means “the bright side of the hill” and is associated with the sun, light and the spirit of heaven.

Praise for Occult Architecture:
“Occult Architecture has been a magical journey.” – 4/5, Record Collector
“The don of post-millennial psych-rock in peak form” – 4/5, MOJO
“As devil worshipping goes this is pretty funky stuff” – 8/10, Uncut
“It’s hard not to admire their focus” – The Guardian
“Moon Duo’s psychedelic krautrock space jams offer more than mere entertainment; their almost physical relentlessness and swirling depths dispense some sort of cerebral, if not spiritual, nourishment” ­- The Quietus
“An absorbing and genuinely uplifting journey.” – Loud & Quiet
“A cluster of psychedelic bombs, exploding guitars and shimmering synth stabs” – The Wire
“Few bands do hypnotic quite like Moon Duo” – 9/10, Drowned In Sound
“Easily their best release so far” – 8/10, The Line Of Best Fit
“It’s hard to make music like this this good but Moon Duo have. Heavy as shit and light as a feather” – The Vinyl Factory
“This darker direction unearths a hitherto unearthed pop sensibility in Moon Duo” – 4/5, The Skinny
“Splendid stuff” – 4/5, NARC
“Leaves you feeling becalmed, uplifted and rather marvellous.” – 4/5, Q