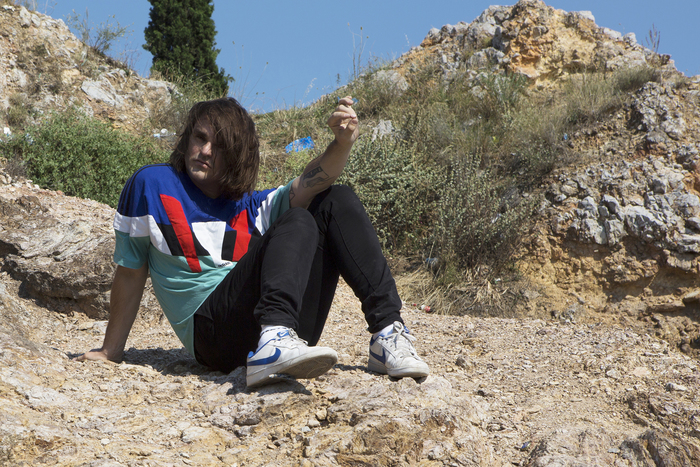 Montero is Australian artist and musician Ben Montero, who is based variously in Athens, Melbourne, New York, Austin and anywhere else he can lay his hat. As well as being somewhat of an idiosyncratic character and musical mastermind, he is also a visual artist. Ben’s comic-based style highlights the universality of small human moments via a cast of furry (or sometimes slimy) friends. He draws a column for Vice and his art has graced album covers, t-shirts and posters for Mac DeMarco, Ariel Pink, Kurt Vile, Pond and others.
The album Performer was produced by Ben, Jay Watson of Tame Impala/Pond/Gum, and Grammy Award winning engineer Riccardo Damian at Mark Ronson’s Tileyard studios in London. All instruments were played by Ben, Jay and Riccardo, save some violin by Emily, a waitress from the studio cafe, and electric piano from Ben’s uncle Jason.

Performer glories in the widescreen soft rock tradition, updating the romantic classicism of golden era love songs with a psychedelic pop brush. Montero’s music evokes the extended soundscapes and textures of 70s prog, the easy listening adult weirdness of Jimmy Webb and Burt Bacharach, and the sports arena pounding of vintage MOR rock – sometimes all in the space of one song. With an emphasis on clear vocals, soaring melodies, lush instrumentation and dreamy glam pomp, Performer ventures into gently surreal realms of romance, yearning, and wonder.

You can watch the epic video for first single “Vibrations” here.

Mac DeMarco has invited Montero as main support on his forthcoming extensive European tour in November. Londoners will be able to catch a sneak-peak for an exclusive headline show at The Shacklewell Arms on 15 November.

Dark Buddha Rising European tour dates commence this week; Neurot Recordings reveal that a new release is on the horizon in early 2018