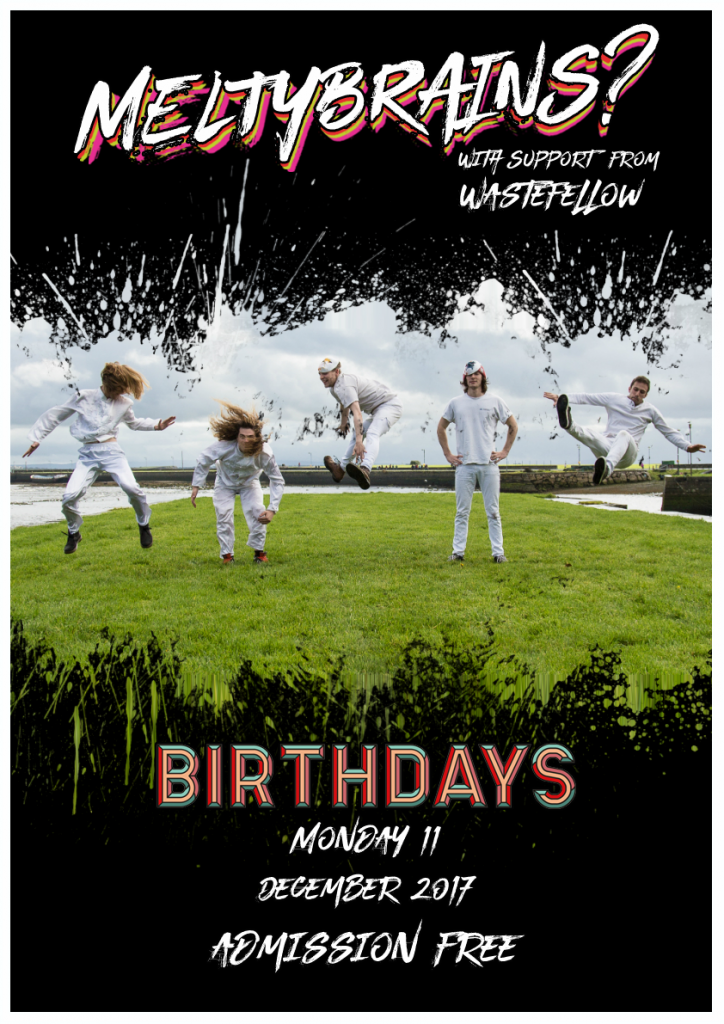 We just love the 5-piece experimental art pop purveyors MELTYBRAINS? and with their latest live video just unveiled, there’s no reason you won’t love them too.

Yesterday, Friday 10th November,  the band unveiled a new live video from their show last November in The Academy Dublin.  The video was released to coincide with roughly the anniversary of their largest show to date- if you were there, you can now transport yourselves back; if you missed it now is the time to see a glimpse of the explosive live shows Meltybrains? deliver .

The video was made by Louise Gaffney (Donegal, The Vine, Green Yellow & Purple)

The band have also announced a new live show taking place next month in London. The forthcoming free show at Birthdays, will take place Monday December 11th with support from Wastefellow– this is destined to be an unmissable show.

The band are currently busy behind the scenes working on new material. They’re in the middle of writing for their debut album and we cannot wait for that!

Earlier this year we announced a statement from Meltybrains? regarding their partnership with Patron. To help fund the album process the quintet have their own Patreon account, where you can get all sorts of Melty rewards for being a Patron. Rewards include things like Jingles (for fictional products from the Meltyverse), Skype Lessons, Lyric Sheets, Mystery boxes and more!!