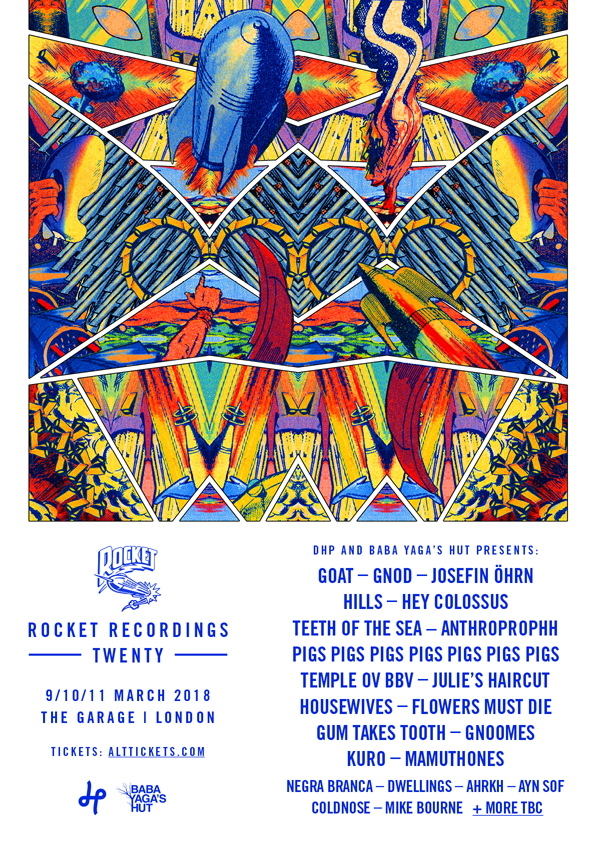 As previously announced, Rocket Recordings turns 20 next year and to celebrate they are putting on a special weekend event at The Garage in London on 9th, 10th and 11th March 2018.

They are now very excited to be able to reveal the line-up of bands playing:

Plus.. .they still have a couple of bands and DJs to confirm.  So keep an eye out for further announcements.

Tickets for this event can be bought at:  http://www.alttickets.com/rocket-recordings-twenty-tickets