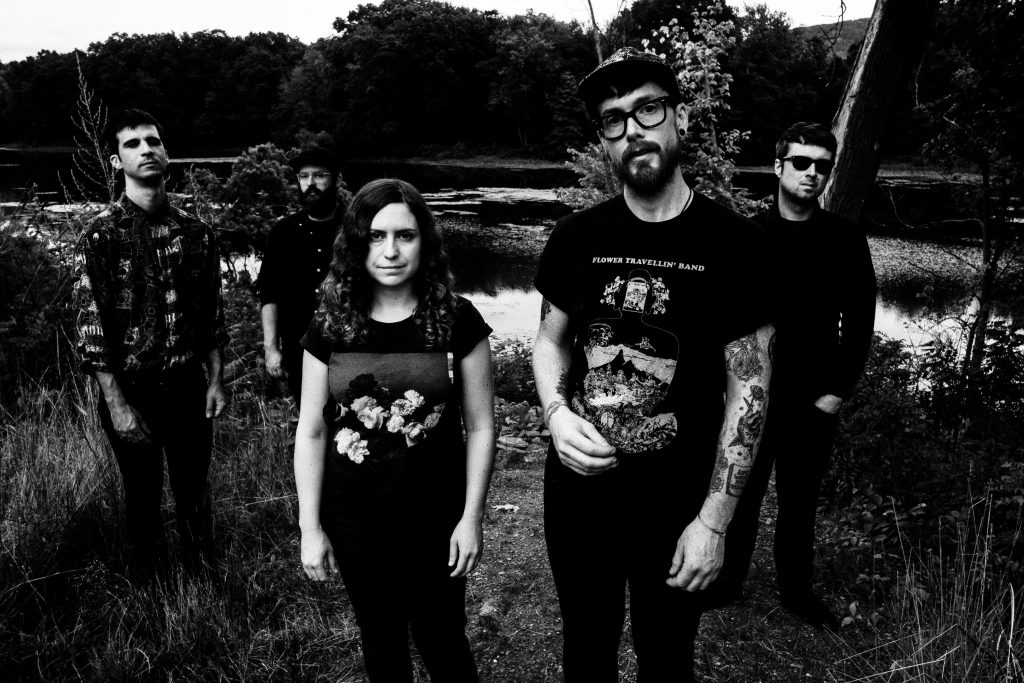 New Full Length Hush Due Out November 10th
on 6131 Records

Western Massachusetts’ loudest band, Kindling, have teamed with Stereogum to premiere “Better World” another decibel shattering track from their upcoming full length, Hush, due out November 10th from 6131 Records.

“Better World” showcases more shoegaze-inflected side of Kindling‘s powerful brand of alternative rock, but as with every track on Hush, memorable songwriting takes focus over effects. The song’s dreamy verses explode into a guitar lead that’s as catchy as it is driving, with Stereogum saying the track “offers a dizzying change of pace; subdued harmonic vocals float above a slow-chugging guitar, swirling riffs, and a patient drumbeat.”

Preorders for Hush are available now

Kindling has never lacked in volume and power, but on Hush the band have also
mastered dynamics, taking their sound to new sonic peaks and valleys. Recorded by Justin Pizzoferrato (The Pixies, Speedy Ortiz, The Hold Steady, Dinosaur Jr.) and mastered by Josh Bonati (Slowdive, Wild Nothing, Sufjan Stevens) Hush rises and falls making every blast of distortion or wave of atmosphere that much stronger. This is more than just a collection of the right pedals and effects, Kindling’s attention to song-craft makes every moment feel purposeful, and makes Hush feel essential, not just for shoegaze fans, but for anyone seeking powerful guitar rock.

Kindling will be embarking on a run of East Coast U.S. tour dates kicking off right after the release of Hush. See full itinerary below.

Started as the recording project of Stephen Pierce and Gretchen Williams in 2014, Kindling evolved into a full-fledged band through a full-length and a prolific series of EPs that would hone their dreamy lo-fi beginnings into a muscular wall of sound. While much of Kindling’s work could be given the shoegaze tag, the band always hinted at something broader and more immediate amongst the fuzz. Now with Hush the band has achieved a unique blend of crushing guitars and undeniable melodies that is sure to appeal to not just shoegaze fans, but to anyone who has a taste for towering alternative rock.

To record Hush, the band teamed with engineer and longtime collaborator, Justin Pizzoferrato (The Pixies, Speedy Ortiz, The Hold Steady, Dinosaur Jr.) to track the album, and Josh Bonati (Slowdive, Wild Nothing, Sufjan Stevens) for mastering, and the two perfectly captured Kindling’s impressive dynamic range. For a band whose sound is so firmly rooted in loud guitars, Kindling are experts at knowing when to pull back the volume, allowing for truly powerful dynamics in their music. Hush also finds Kindling experimenting with unexpected instrumentation, like subtle sitar layers and the Corgan-esque grandeur of mellotron (borrowed from J. Mascis and recorded at his home studio). Pierce and Williams use shades of hope and compassion to paint a striking picture of the grieving process, with their vocal interplay always providing an abundance of genuine hooks.

Hush offers plenty of guitar rock touchstones: pieces of Kindling’s Western MA musical roots, their surface ‘90s influences, and even much harder to spot references in their enormous sound. But in the end it’s Kindling’s attention to true song-craft above all else that sets them apart, and whether set to a squall of distortion or a wave of atmospherics, Hush has this in spades.