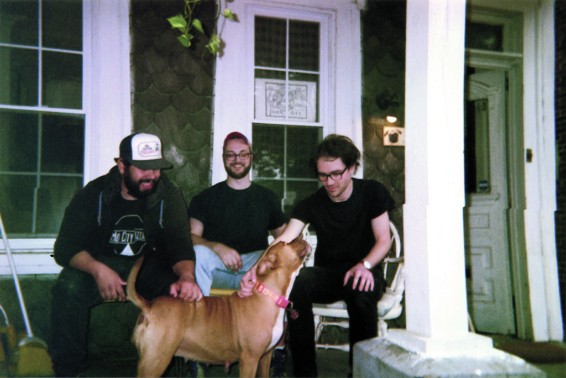 Out February 23rd via Exploding In Sound Records

Kal Marks will release their new album Universal Care on February 23rd, 2018 via Exploding In Sound Records. Following Life Is Alright, Everybody Dies and Life Is Murder, the Boston trio took a different approach to their latest album, a more colorful look at life, beyond the stark black and white they’ve previously dealt with. Universal Care is about asking questions and seeking answers during a tumultuous time for the band and the world. The future of the band was unclear following their last album, and Universal Care is a response to those strange and uncertain times. Recorded in Boston’s Mad Oak Studios with Miranda Giuffrida and mastered by James Plotkin (Old Man Gloom, Windhand, Thou), it’s a heavy record that spans the spectrum of Kal Marks’ dynamic sound from hazy folk to blistering noise rock, a reflection of Carl Shane’s (guitar/vocals) spirit and emotions. The album is a reaction to the death of a close friend, but it’s also a reflection of the seriously dark times in our country. The band are baring their souls and taking chances, creating their most compelling album in the process.

“Adventure,” the first release from their upcoming album Universal Care, fulfills expectations of intensity in a different way than 2016’s Life is Alright, Everybody Dies did, both in outlook and in delivery. The song begins in unexplored territory for Kal Marks — a wall of shoegaze guitar.”

You Blew It! Announce Dates For The "Forget School We’re Going on Tour" Tour with Direct Effect; Band To Play SXSW in March; New Album "Grow Up, Dude" to Be Released This Spring on Topshelf Records‏ [News]