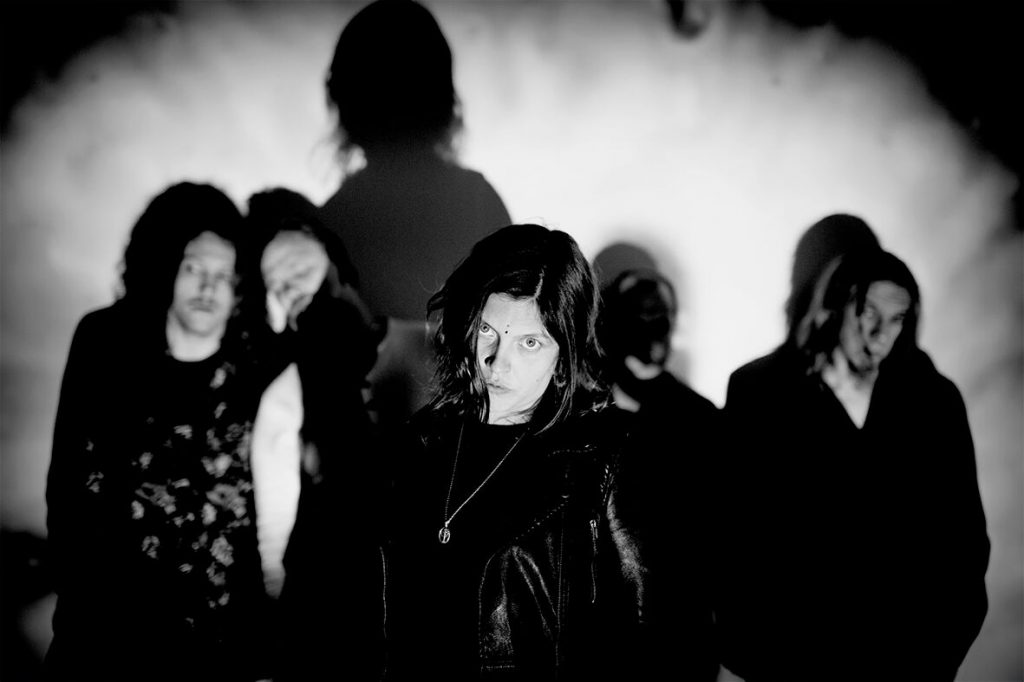 Jess and the Ancient Ones, the occult rock band from Kuopio, Finland have shared the 2nd new song from their new album ‘The Horse and Other Weird Tales’. Songwriter Thomas Corpse comments on ‘Return to Hallucinate’,
‘Sometimes our heads seem to struggle with this reality, and there is a need to run far into different worlds that exist within minds. Even though the planes unknown are luring, we should also remember the ones we kill. This world is not our enemy. Ego is the true enemy of man.’
The seven-headed entity know as Jess and The Ancient Ones was given birth by Thomas Corpse and Thomas Fiend, its purpose being the exploration of magical realms beyond the mundane.
The band’s lyrical concept is based upon the personal occult experiences of the writers, which combined with music the creates a strong mystical atmosphere. With the vocal talent Jess as their frontwoman and three guitars in the lineup, JATAO draw inspiration from heavy metal and rock groups of the classic era, such as Mercyful Fate, Roky Erickson, Iron Maiden and Abba.
Third time around for Jess and the Ancient Ones sees them take a magical mystery trip to the dark side of the sixties as seen through the eyes of modern-day occult rock musicians. This time the band went for an organic and human approach and produced a very old fashioned album, 9 songs and 31 minutes, recorded and mixed together with their live sound engineer.
The Horse and Other Weird Tales is out on Svart Records on December 1st.
https://jessandtheancientones.bandcamp.com
https://www.svartrecords.com/

Dark Buddha Rising European tour dates commence this week; Neurot Recordings reveal that a new release is on the horizon in early 2018