Singer-songwriter Reema prepares to captivate listeners with her latest release, What The Whisper Said, out on 8th December 2017. The single is taken from The LowSwing Sessions, a beautiful collaboration between Reema and producer, composer and arranger Guy Sternberg as part of his analogue label initiative, LowSwing Records.

What The Whisper Said premiered on Folk Radio and is available to stream now via Reema’s Soundcloud page.

What The Whisper Said is a ghost story about an old man who kept a dark secret that has died with his former lover. The single begins with an enchanting yet dark, mesmerising arrangement, combined with Reema’s rich, smooth vocal, sounding akin to the likes of Lisa Hannigan. Reema combines the traditional story telling charm of folk with Guy’s jazz influences to create something truly haunting and majestic.

Recorded live and completely computer free over three magical sessions, Reema’s UK neo-folk approach met Guy’s avant-garde, jazz and classical influenced arrangements. The result is incredibly moving, with Reema’s ethereal, emotional vocals lighting the way. These special moments were captured using tape and have stayed analogue all the way to the vinyl itself.

With What The Whisper Said, Reema hopes to continue to charm further listeners with her unique blend of minimal, honest, celestial music. 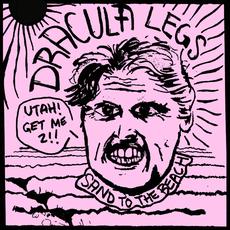