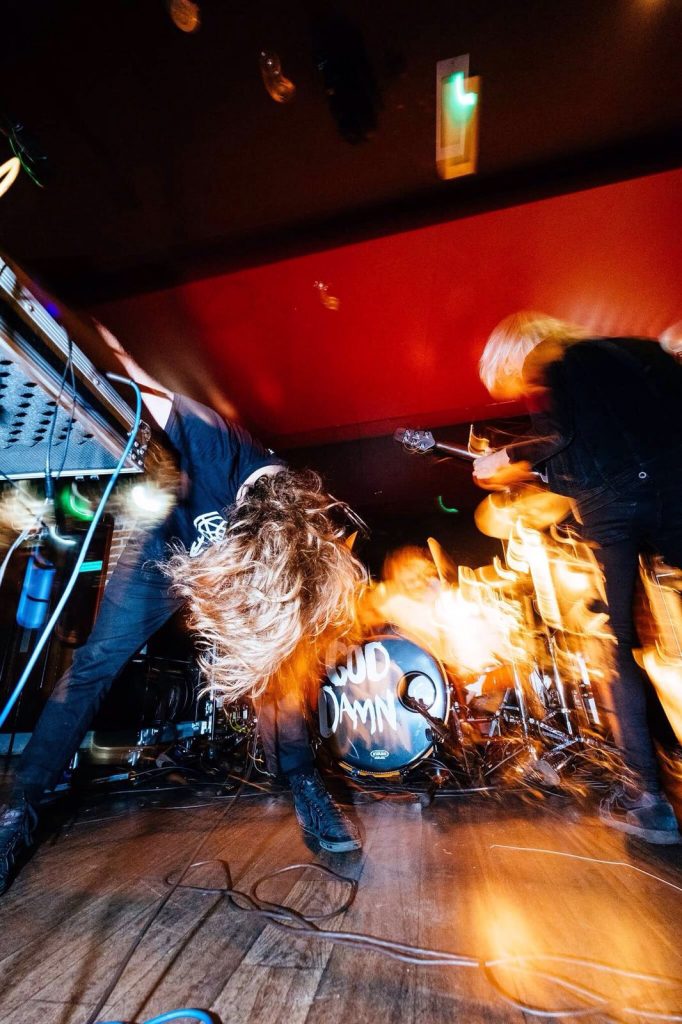 After a busy year on tour with the likes of The Cribs, Thrice, Foo Fighters, Frank Carter, plus slots at Reading & Leeds and Download Festival, riotous punk trio God Damn have shared brand new video for noise-rock Everything Ever cut, I’ll Bury You. The video sums up a year of touring, with a series of intimate shots from shows with The Cribs. Speaking about the video, the band said: “The video is made up of snippets of our time on tour with The Cribs, filmed by our mate Tim Mobbs. We think it captures the essence of our live show whilst showing a bit of behind the scenes daftness.”

The sludge-rock trio have also announced a short hiatus, while they retract from the public eye and write their next album. They announced on socials today: “After an amazing couple of years and two albums, we’re going away for a short while to work on the next one. Don’t worry, we’ll be be back with a flurry of new sounds we’re already bursting with. Here’s a little video from our time on the road with The Cribs. See ya soon!

Produced by Ross Orton (The Fall, Drenge, Tricky, MIA) and recorded at McCall Sound Studio in Sheffield, the trio’s most recent album Everything Ever is riotous yet unabashedly pop, in the same way Nirvana’s Nevermind  was ‘pop’: prizing the value of a tune, and using artfully crafted verses and choruses to slip past your defences and detonate little stories when you least expect it. Daniel P. Carter (R1), NME, Kerrang!, Clash, Upset and DIY rightfully championed the album.