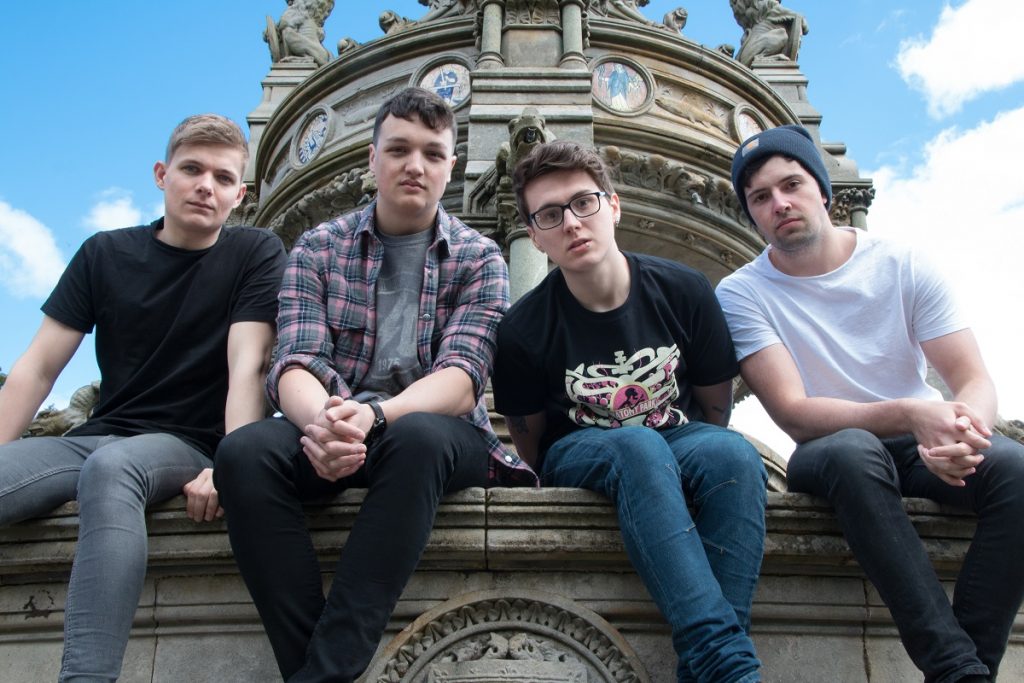 Listen To Latest Single ‘Tear Out The Pages’ Here

Revealed As Openers For The ‘Fireball – Fuelling The Fire Tour 2018’

Academy Events in association with Fireball are extremely pleased to announce the return of the ‘Fireball – Fuelling The Fire’ Tour for a third year in 2018, celebrating the best in punk rock, ska, reggae and roots music.

Following the huge success of the second annual 2017 leg featuring appearances from Reel Big Fish, Anti-Flag, Mad Caddies, The Skints, The Bottom Line and Sweet Little Machine – which sold over 20,000 tickets with ten dates across nine O2 Academy venues across the UK – the tour is set to return next Autumn with further details of next year’s line up to be announced May 2018.

In addition, Fireball are extremely pleased to reveal that Glasgow pop punk quartet LOST IN STEREO have been crowned Fireball’s Hottest Band 2018and will be taking the opening slot on the 2018 leg of the ‘Fireball – Fuelling The Fire’ Tour, as well as playing three special showcases at the end of this year promoted by Academy Events (details below) alongside 2017 winners Sweet Little Machine, plus appearances from runners-up Ghouls,  River Jumpers,  Eat Defeat, Better Days, Last Edition, and Everyone and Anyone.

Commenting on their win, the band said: “We’re very humbled to be named Fireball’s Hottest Band 2018. To play O2 Academy Glasgow and be on the same bill as Reel Big Fish, Anti-Flag, Mad Caddies and last year’s winners Sweet Little Machine – who all killed it that night – was an awesome experience and one which has really kick-started what we want to achieve with the band. Big thanks to everyone on the panel who chose us, we can’t wait to work with everyone for the coming year and appreciate the vote of confidence in our music.”

After being hand-picked to open O2 Academy Glasgow on this year’s tour by a panel of music industry experts, Lost In Stereo were subsequently chosen as Fireball’s Hottest Band 2018 from the nine local opening bands on the tour based on the strength of their material, performance and professionalism.

Fireball UK Brand Manager James Pattison commented on the news: “We’ve got a huge commitment at Fireball UK to developing grass roots British rock talent, and our opening bands’ passion and performances this year only helped to re-affirm our beliefs that there are so many fantastic young British bands making brilliant music who deserve to be heard.

“However, there can only be one winner, and Lost In Stereo from Glasgow edged ahead in the end to become Fireball UK’s Hottest Band for 2018. Fireball and Academy Events will once again be nurturing the band for the entirety of 2018, with a raft of upcoming opportunities and special announcements to be revealed over the course of the year. Lost In Stereo have some real kick-ass tunes and were lovely chaps to boot – we’re excited about working with them through 2018 and beyond!” 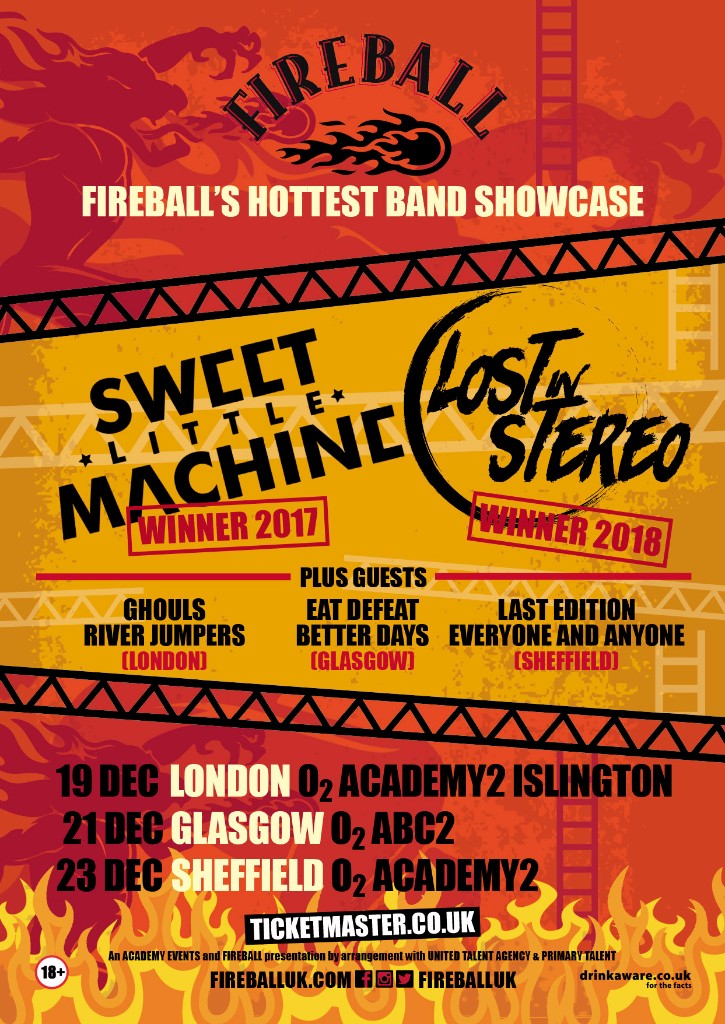