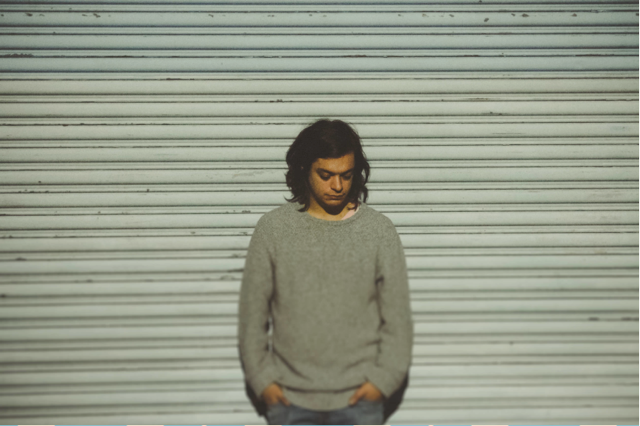 Get Cape. Wear Cape. Fly. Is back!

Breaking a 4 year hiatus with the immediate release of two brand new singles “Adults” / “Always”, plus the promise of his first new album and live appearance to come, Sam Duckworth’s cape-crusading moniker swings back into the limelight.On 19th January 2018, Get Cape. Wear Cape. Fly. will release his 6th studio album ‘Young Adult’ via long-time label partners Xtra Mile Recordings. Purchase it hereIgniting expectations for the release with a bang, Get Cape today serves up a generous double-helping of two new tracks “Adults” & the Shy FX-produced “Always” – both of which will feature on the record and are available digitally right now:

Though sonically worlds-apart, both tracks are wrapped-up in the thoughtful lyricism and cerebral arrangements that hallmark the many treasures of Get Cape Wear Cape’s rich and varied trove.
Speaking about the first of two new tracks Duckworth says:
“Adults came from a friend of mine who has young children. I think one of the things you discover growing up is that there are far few “adults” than you think. As a child asks where are all the adults, us young adults often feel the same but are expected to find stability in a world where the rug is being swept from under our feet. It’s a song about reading analysis of social change but feeling that there is a disconnect between the analysis and the outcome of the analysis. Are we all backseat drivers? Who will take the wheel? Surely that’s a job for the adults….
Whereas offering an insight into the creative environment that birthed “Always” – a track recorded with original Jungle / Drum’n’Bass supremo Shy FX, he adds:
“Always was written at the start of the year, as part of a series of sessions for Shy FX album. It was a magical session, with a revolving door policy. It was very creative and all artists had room to bring their unique styles to a common environment. The song is about the increasing isolation and anxiety felt when a significant moment in your life changes your whole perspective. Be it in childhood or adulthood, we have all had sea change moments where things don’t look or feel the same. This manifests in all of us differently, but sometimes the spiral of neglect is difficult to break. It’s a song in solidarity with those who have had their world shaken by negative incidents that will forever be used as psychological barometers for instinctual feelings.”
“Adults” and “Always” are the first spoils to be released from the forthcoming Get Cape. Wear Cape. Fly. album ‘Young Adult’.
In feeling a reawakened urge to go back to his basic instincts and make, record and release music upon natural, intuitive feelings of compulsion and spontaneity we find the roots of ‘Young Adult’.
Vacating from London to return to Essex, Duckworth looked to trade-in the noise and trappings of the capital for breathing space, expression and time playing with fellow live musicians once again. Building a new studio of his own in his hometown of Southend, he set about creating a hub with enough room and scope to let his imagination run wild, whilst providing a set-up that would cater for productions still sonically taut and punchy. “It feels good to be entering a new chapter in a new studio.” says Duckworth. “It’s nice to be home in Essex but it’s very nice to have found a new home creatively. This feels like the first of many here, which is very exciting.”
And if the results of this first are anything to go by, then a refreshing purple patch lies ahead for Get Cape. Wear Cape. Fly. ‘Young Adult’ is a collection of 10 all-new and original songs – each fresh and unique sounding in their own way, rippling with ideas and a sense of newfound wonder. It’s honest, open, finger-picked songs with a one foot in the rave and the other in the 70s. There’s forlorn folk wanderings and erudite electronica journeyings. Unusual turns of phrase married to unexpected key changes. Experimental, but ultimately always engageable. Open and observational. ‘Young Adult’ is Get Cape back to his very best. It’s good to have him back.
Next January, Get Cape. Wear Cape. Fly. will also be returning to the live stage for an intimate one-off gig in the new year; his first since the project’s emotional retirement at The Kentish Forum in 2014. Taking place at The Village Underground, London on the 18th January 2018, Duckworth will be joined by the backing of a full live band as they launch the ‘Young Adult’ album release in style. Buy tickets here. LINK
Revealing plans for the night, Get Cape says:
“I love The Village Underground as a venue. There’s going to be 12 of us in the live show and it feels like the perfect venue for a big band, big sounding comeback show. There is a lot of planning going into it, knowing that there is room and scope to try new things. It’s nice to have a chance to start the new chapter in one of my favourite venues.”
Get Cape. Wear Cape. Fly. is the alias of Sam Duckworth. In 2006, Get Cape. Wear Cape. Fly. released smash debut album ‘The Chronicles of a Bohemian Teenager’, with its three top 40 singles “The Chronicles of a Bohemian Teenager (Part One)”, “War Of The Worlds” and “I Spy”. It was hailed as an album of the year by Q and NME. He has released 9 studio albums to critical acclaim under his Get Cape moniker, as Sam Duckworth, and most recently as Recreations (of which Duckworth counts ‘Baby Boomers 2’ as a ‘creative breakthrough’ and a career high). Over the years, he has collaborated with Billy Bragg, Nitin Sawhney, Shlomo, Killa Kela, Baba Maal, Flea, Kate Nash and many others. He has also been a notable participant in the Africa Express project launched by Damon Albarn.
Since hanging up the Cape in 2014, Duckworth has turned his attention to his work as Recreations (with collection of solo works: ’Kingdoms’ released at the top of this year), plus a greater involvement in the spheres of politics and activism, whereby he has become a regular face on the steps of Westminster lobbying for truth, justice and change.
GET CAPE. WEAR CAPE. FLY. RELEASES ‘YOUNG ADULT’ – 19 JANUARY 2018
LISTEN TO NEW TRACKS “ALWAYS” & “ADULTS”
FOR MORE INFORMATION www.getcapewearcapefly.com/
https://www.facebook.com/getcapewearcapefly/
https://twitter.com/forgetcape

Listen to the Christmas mixtape from Advance Base/CFTPA!