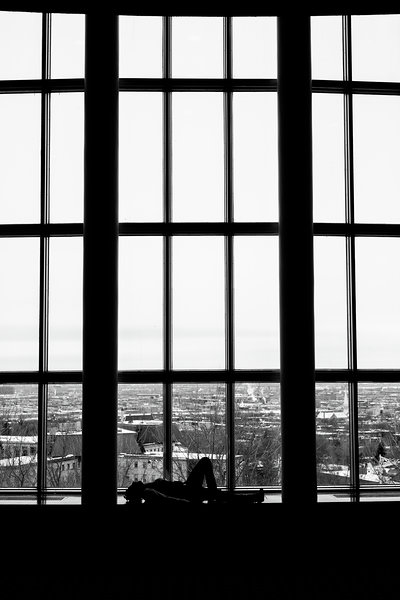 Throughout his successful career as the lead guitarist and co-writer of the Canadian indie rock band The Dears, Patrick Krief has been busy, and we mean b u s y. Touring with the likes of Midlake, Morrissey, Metric, Broken Social Scene in places like the Wembley Arena, Hyde Park, Electric Ballroom, Koko as well as V Festival, Redding, Leeds, Glastonbury, T in the Park to name (not) a few, we can confidently say that sonically Krief knows his stuff.

Gaining the support and recognition from NME numerous times, BBC 6Music’s Steve Lamacq as well as being invited on the Jonathan Ross Show,Krief is ready to release his solo material.

Signed to Fierce Panda Records, his upcoming new single “Ordinary Lies” unveils a musician with a true eloquence of expression. The intimate piano-based intro, in the style of Cat Power’s “I Don’t Blame You”, instantly grabs both ears with its authenticity (fyi, sounds incredible on headphones). It hits you from the get-go and you just know that this is going to be good.

Krief’s soul-bearing Jose Gonzalez/ Ray Lamontagne-esque vocals begin singing with the soft Whitley-like harmonies joining soon after. David Schiffman’s production (RHCP, Tom Petty, NIN, Johnny Cash) is impeccably modest in its approach, where each part- from synths through guitar bits to piano plonks (all played by Krief himself)- serves its purpose, holds its depth and builds the arrangement’s thematic expansion.

“Ordinary Lies” is taken from the forth-coming Automanic Red + Automanic Blue albums, which according to Krief, are “autonomous in their flow and not meant to be listened to in one sitting. Although releasing one without the other simply wouldn’t make any sense — the plot truly exists within the invisible line that bonds them.”

“Ordinary Lies” is out everywhere via Fierce Panda Records NOW, with the double album Automanic to follow on the 17th November 2017.