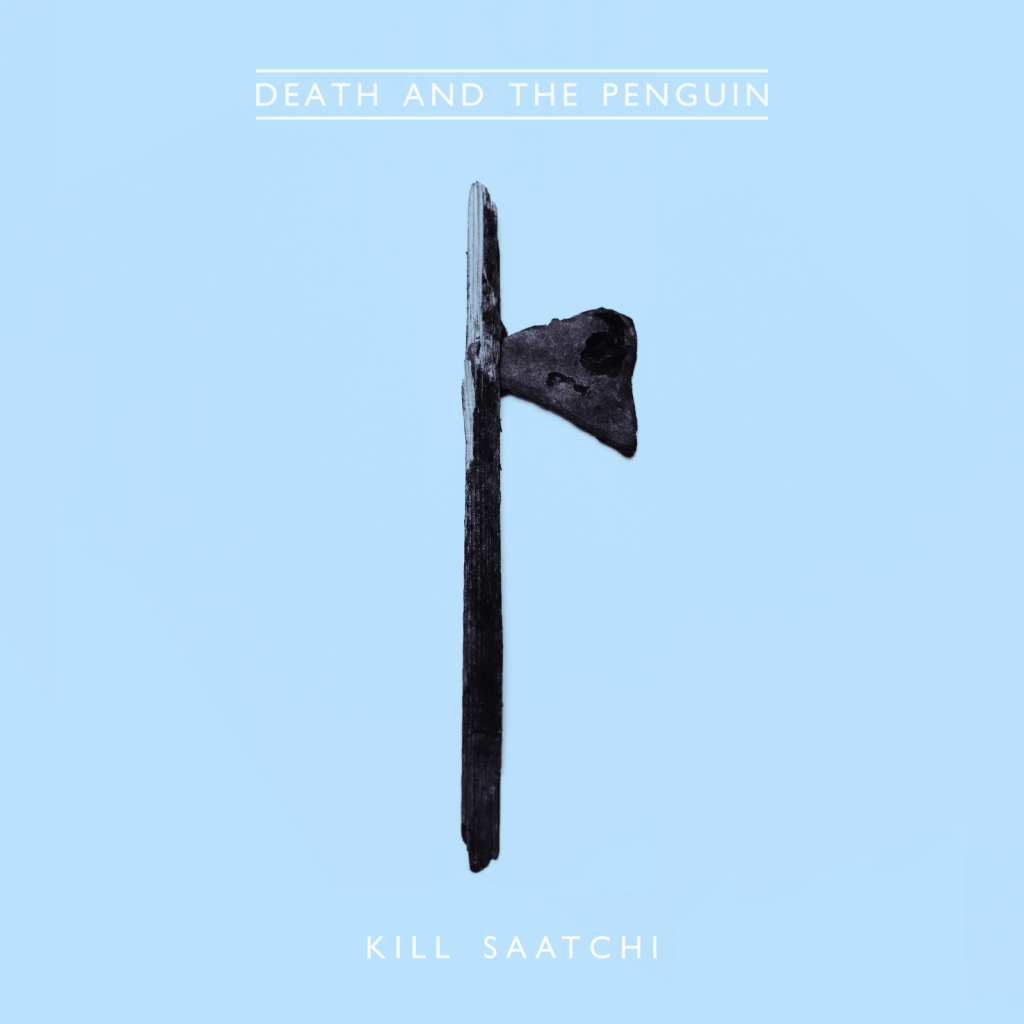 DEATH AND THE PENGUIN

Death & The Penguin announce themselves with their new single ‘Kill Saatchi’, the math rock monster which deals only in absolutes. The single sees the band employ killer vocal harmonies and pop hooks juxtaposed against angular riffs and time signatures combining to create something interesting but accessible, and which never loses sight of the goal: the song. Influences range from the more obvious –  including At The Drive In, Minus The Bear, Foals and Everything Everything – to the more obscure – the novel from which the band take their name, ‘Death & The Penguin’ by blackly comedic and surrealist Ukrainian social commentator Andrey Kurkov.

Frontman Tobias Smith frankly muses on the track: “Well, we’re probably going to get sued for this one. Though we wish the Saatchi clan no harm, they and their brand represent the machinery that produces the falsehoods that colour our perceptions of ourselves and the world. I feel that these images taint our relationships with one another, and drive the consumption that poisons our water and blackens our air.”

The artwork, as with everything with this band, happens for a reason. For ‘Kill Saatchi’ it is taken from photographer Tom Brannigan’s ‘Resistance’ project, which he produced in collaboration with Guy Tarrant, a conceptual artist who has been collecting confiscated items from secondary school children in the greater London area for over a decade. They focused on schoolyard weapons – surprising, innovative, occasionally laughably tragic, and always chilling – the objects offer a unique insight into the minds of the British youth.

Art is an odd thing, completely and utterly subjective. Sometimes it can be overkill, over thought, and fraught with criticism. Death and The Penguin take in all their influences and produce pop music, to blow your tiny mind with it angles and edges while at the same time soothing you with its melodies and harmonies, so join the club first…before everyone else does.