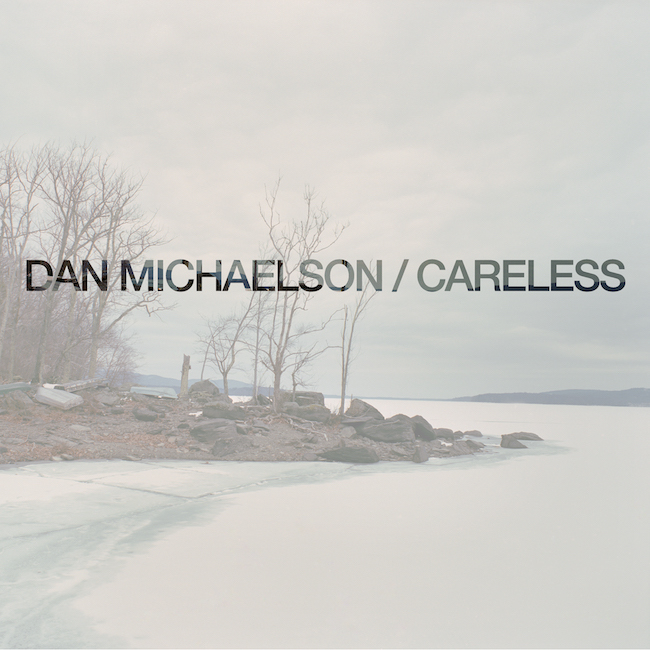 DAN MICHAELSON
HEAR NEW SINGLE ‘CARELESS’ ON SPOTIFY, SOUNDCLOUD, YOUTUBE
NEW ALBUM ‘FIRST LIGHT’ OUT ON 8 DECEMBER
“A gift for low-key emotional intensity, widescreen minimalism and mordant wit” Uncut
Dan Michaelson will release his new solo album ‘First Light’ through The state51 Conspiracy on 8th December. Michaelson’s first album away from his band The Coastguards since 2011’s Sudden Fiction, ‘First Light’ is the follow-up to last year’s critically acclaimed ‘Memory’.
Following the release of first track ‘Old Kisses’ earlier last month, Dan has now shared new single ‘Careless’. Of the album opener, he says: “It may be the first song I’ve written about true hope, and it sets the tone for the whole record… Optimism manifested as a hunger that’s “by my side like a stray in the wild”, the search eventually leading to “the emptiest well” that “floods till its ready to spill”. We set the words in an orchestral landscape that is constantly shifting beneath the feet. Uncertain, sometimes rushing, sometimes hesitating, but always confident of reaching the end.”
Working closely with orchestral arranger Arnulf Lindner, aka Skeleton Key, ‘First Light’ focuses on the everyday first moment of consciousness before past, future, cynicism and memory come into focus. Though considered by Michaelson to be “the most unpleasant moment of any day” the opportunity to write at this time became the working practice for the record and, as the writing progressed, reflection on those moments informed the songs further.
Although ‘First Light’ finds Michaelson experimenting with a full orchestral palette, echoes of his inspirations and lifelong heroes still rise to the surface. Album opener ‘Careless’ evokes the sparse, haunted landscape of Townes Van Zandt’s ‘Kathleen’, the languid ‘Someone Else’s Dream’ recalls Lee Hazelwood’s lazy drawl, ‘Old Kisses’ is indebted to the intimate reflection of Leonard Cohen and ‘Don’t Let It Pass’ summons the melodic build of ‘Bryter Layter’ period Nick Drake. Recorded over three weeks at The Premises Studios in London, ‘First Light’ features eight violins, four violas, two cellos, two double basses and the odd flash of trombone, all constantly shifting above, below and either side of Michaelson’s staple vocal style.
Originally meeting on an early Absentee tour with Ed Harcourt in 2004, Lindner produced Dan’s first album under that moniker, 2005’sDonkey Stock . The pair had been looking for an opportunity to work together again ever since, and as Dan’s involvement in scoring for film and TV increased, their paths naturally met once more
As well as soundtracking the third season of the BAFTA-winning BBC series Detectorists, starring Mackenzie Crook and Toby Jones, Michaelson is currently scoring Stephanie Wang-Breal’s feature-length documentary ‘Blowin’ Up’. The story of an innovative human trafficking court in Queens, N.Y, the film follows the compassionate judge who runs it and the women who pass through its doors every day.
‘First Light’ Track Listing:
1. Careless
2. Sand
3. Someone Else’s Dream
4. Stone
5. Careless Reprise
6. Old Kisses
7. But I’ll Never Be Lost
8. First Light
9. Don’t Let It Pass
Praise for previous album ‘Memory’:
“a miniature masterpiece… hugely recommended”  The Guardian
“stands proudly alongside the likes of Bill Callaghan and The National”  NME
“Melancholic Gold” MOJO
“Experts in sounding gracefully forlorn” Uncut
“Michaelson makes mordant sorrow sound timeless and fresh”  The Independent
“The kind of thing you cling to in a storm: sturdy as an oak creaking with a certain humanity” Pitchfork
“Michaelson is a master of the bleak atmosphere” Q

“Both hauntingly invasive and reassuringly comforting at the same time, something that has defined him for many years as a genuine innovator and artist.” The Line of Best Fit