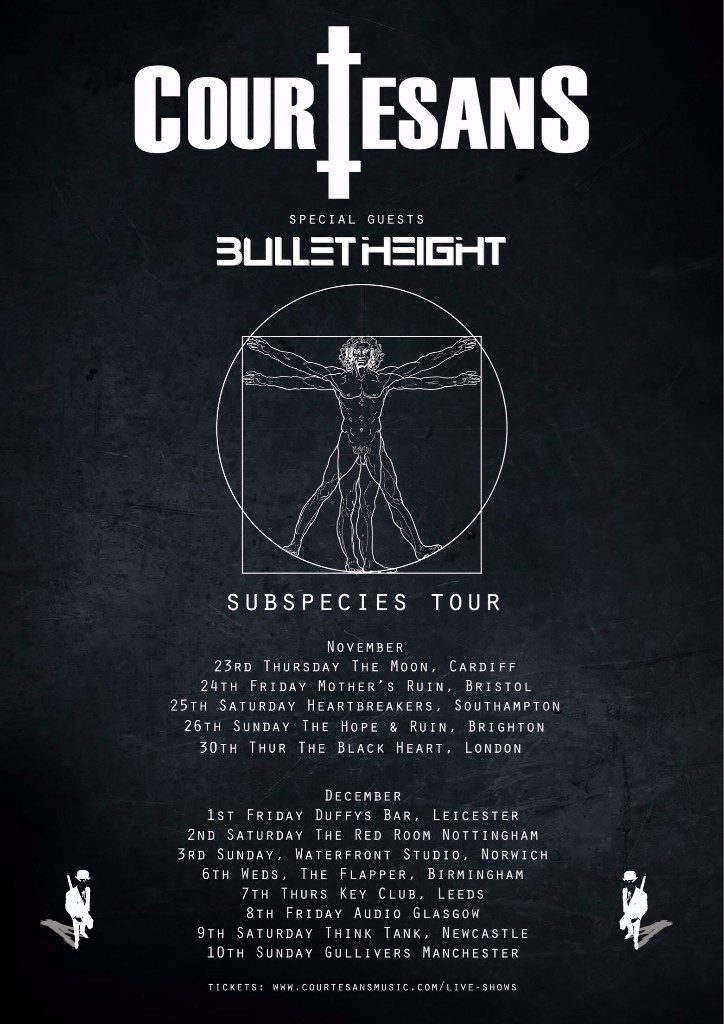 Bullet Height front woman Sammi Doll caught up with the members of Courtesans recently in a getting-to-know-each-other interview which covers the origins of the band, their working relationship and their upcoming UK tour dates.

Alongside the recently announced run of dates, three additional datesincluding a show at The Black Heart in Camden, London on 30th Novemberhave just been revealed (see below for details).

Across the dates, Bullet Height will be playing tracks from their recently released debut album No Atonement which is out now on Superball Music (Sony) on CD, 12” vinyl and all good digital retailers.

The band have so far seen support from the likes of Alternative Press, Metal Hammer, Drowned In Sound, Upset Magazine, Discovered Magazine and New Noise Magazine for their striking electronic rock, steadily building their fan base over the past year from their underground Berlin HQ.

No Atonement is out now on digipak CD or petrol green LP with CD included from the official store here: https://bulletheight.tmstor.es/

Tickets on sale now from: www.courtesansmusic.com/live-shows