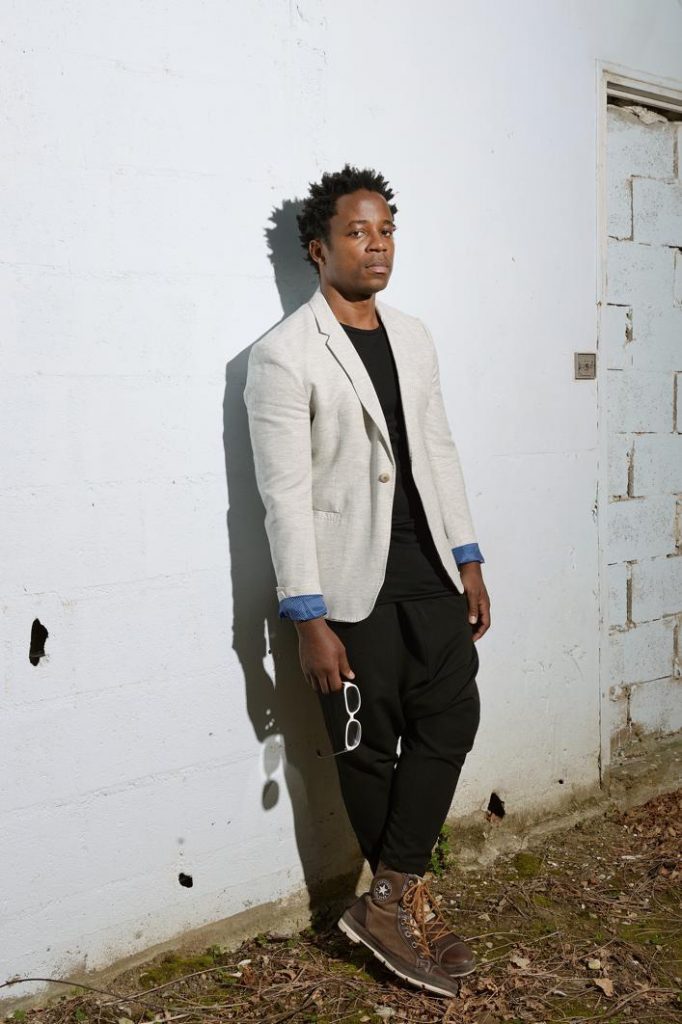 “… an entertaining, original performer with a remarkable voice that could switch from the high, cool and soulful to a gutsy rasp.” The Guardian

“It’s just stunning, so many great songs on the album. I promise you, you won’t be  disappointed” Lauren Laverne, BBC 6Music

Blick Bassy will return to the UK for a 7 date run of headline shows this November, including London’s Union Chapel on November 17 2017. Ahead of the dates – his first live shows in the UK since last September – Blick is sharing a new live version of ‘Ndjè Yèm’, taken from his much-praised latest album ‘Akö’, which is out now through French label Nø Førmat. Watch here.

Since the release of his album ‘Akö’, which was released in June 2015, Blick Bassy has supported Baaba Maal on his 2015 UK tour and has performed with his own trio at the Royal Festival Hall as part of Africa Utopia. In 2016, Blick graced the stages of Womad and Shambala festivals and performed at The Great Escape and King’s Place Festival in London. This November, Blick returns to the UK for the first in a year, with Johan Blanc on trombone and Clément Petit on cello, alongside his own distinctive falsetto, guitar and banjo.

Now based in Southern France,  Blick recorded ‘Akö’ in his own native Cameroonian language of Bassa (one of over 260 languages native to Cameroon) to highlight a mother tongue that is no longer taught in schools in his homeland and is on the brink of dying out.

He describes the album – inspired by 1920s American bluesman Skip James – as detailing “the transmissions between the old and the new generations.” The track ‘Ndjè Yèm’ explores the mass exodus of Africa’s young to cities.

Nø Førmat!
Nø Førmat! is an independent record label based in Paris and founded in 2004 by renowned music producer Laurent Bizot. Founded on the epithet that “you never know in advance what you’ll fall in love with”, the label seeks to invest in original musical projects and has built a reputation for releasing albums which are superbly recorded and packaged with style. Spanning styles from rap, jazz and reggae to Brazilian pop, the label has released critically acclaimed albums by the most diverse range of artists including Oumou Sangaré, Chilly Gonzales, Ballaké Sissoko and Vincent Segal, Kassé Mady Diabaté and Mélissa Laveaux.