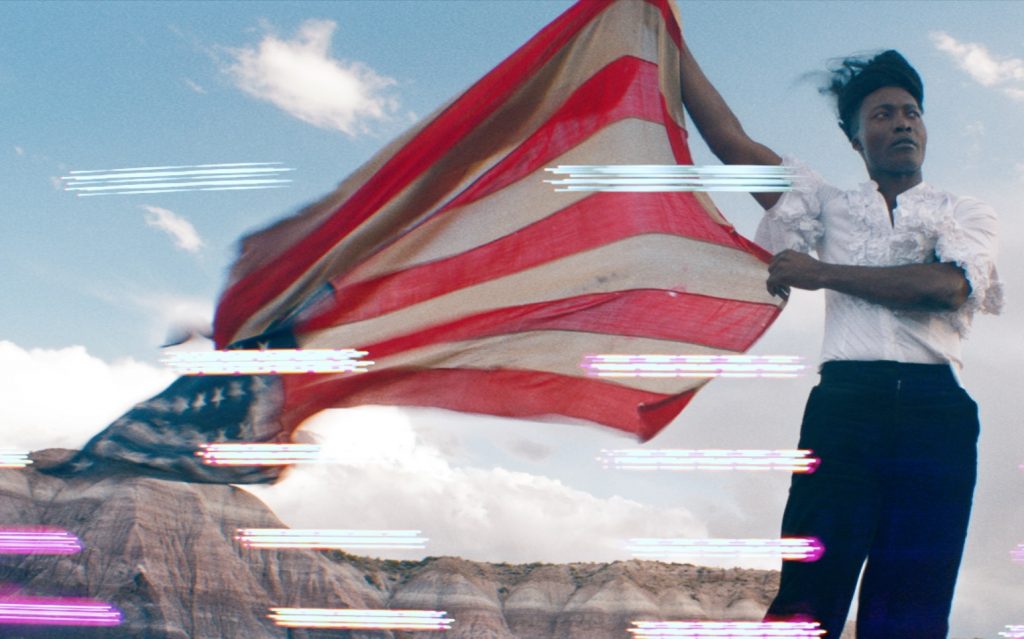 ‘I Tell A Fly’ Out Now Through Behind / Virgin EMI

Benjamin Clementine has just released the new video for his latest 6Music-supported single ‘Jupiter’, lifted from his critically acclaimed new album, I Tell A Fly out now through Behind / Virgin EMI. Filmed in New Mexico by Lola Schnabel (daughter of American painter/filmmaker Julian), the video arrives on the tail of a Carnegie Hall show in New York, and ahead of an extensive 20 date UK & European headline tour through November and December, taking in Benjamin’s largest London headline to date at Brixton Academy on December 5 2017. Watch the ‘Jupiter’ video here.

Schnabel’s video captures Benjamin, replete with incongruous Pearly King jacket, shot in the otherworldly landscapes of Albuquerque. Speaking about ‘Jupiter’, which was informed by a US visa which described him as an ‘alien’, Clementine says; “Saying ‘Jupiter’ for me was like saying ‘Europa’, or ‘England’, or ‘Edmonton’. Wandering around in America, there was Trump and Clinton, there was the Orlando attack, the New Orleans attack – here I was thinking I was living in a safe place, but nothing was really safe anymore, or ever. It’s a poke at people being called aliens by some people, like we’re from another planet. I think we’re all forever aliens”.

Whereas At Least For Now looked inwards and backwards, I Tell A Fly (self-written, produced & recorded by Benjamin in Damon Albarn’s Studio 13) looks forwards and outwards; to a changing world, ancient struggles, and the individual response. ‘An alien of extraordinary abilities’ started it all: at first glance, a disarmingly unusual line issued as part of Benjamin’s American visa, but – quickly – the inspiration for a story-led album broadly exploring the concept of the alien, the migrant, the stranger, or the refugee. Throughout, ‘I Tell A Fly’ sees Benjamin use his personal history as a prism through which to view & make sense of the world around him, musically exploring unknown territories whilst maintaining a lifeblood which could not be mistaken for the work of anyone other than himself.

Recent praise for Clementine
”Clementine is a musical George Orwell for our time” NPR
“Uniquely charged….follow Clementine’s muse and the pay-off is huge“ **** – Mojo
“It’s hard not to cheer this most singular and self-possessed of pop artists, one who positively exults in his uniqueness” **** Album Of The Week – The Independent
“An operatic odyssey” **** – Q Magazine
“Supremely confident as it is poetically singular, it’s evidence that BC’s vision will see him through the long haul” 8/10 Uncut
“Magic, soul and grace from one of the most interesting artists around” – NME
“Truly extraordinary” – Sunday Times Culture
”Like many of the great artists, he perpetually exudes an otherworldliness. With I Tell A Fly, Clementine proves his is indeed an artist of extraordinary ability” The Line of Best Fit
“An ambitious new album of avant-garde and politically engagé gothic chansons, which touch on everything from psychoanalysis to Syria. Out of this world in every sense.” – Mr Porter
“Two years after the Mercury win and with plenty on his mind, the 28 year old is far from lacking in fresh ideas” – Noisey