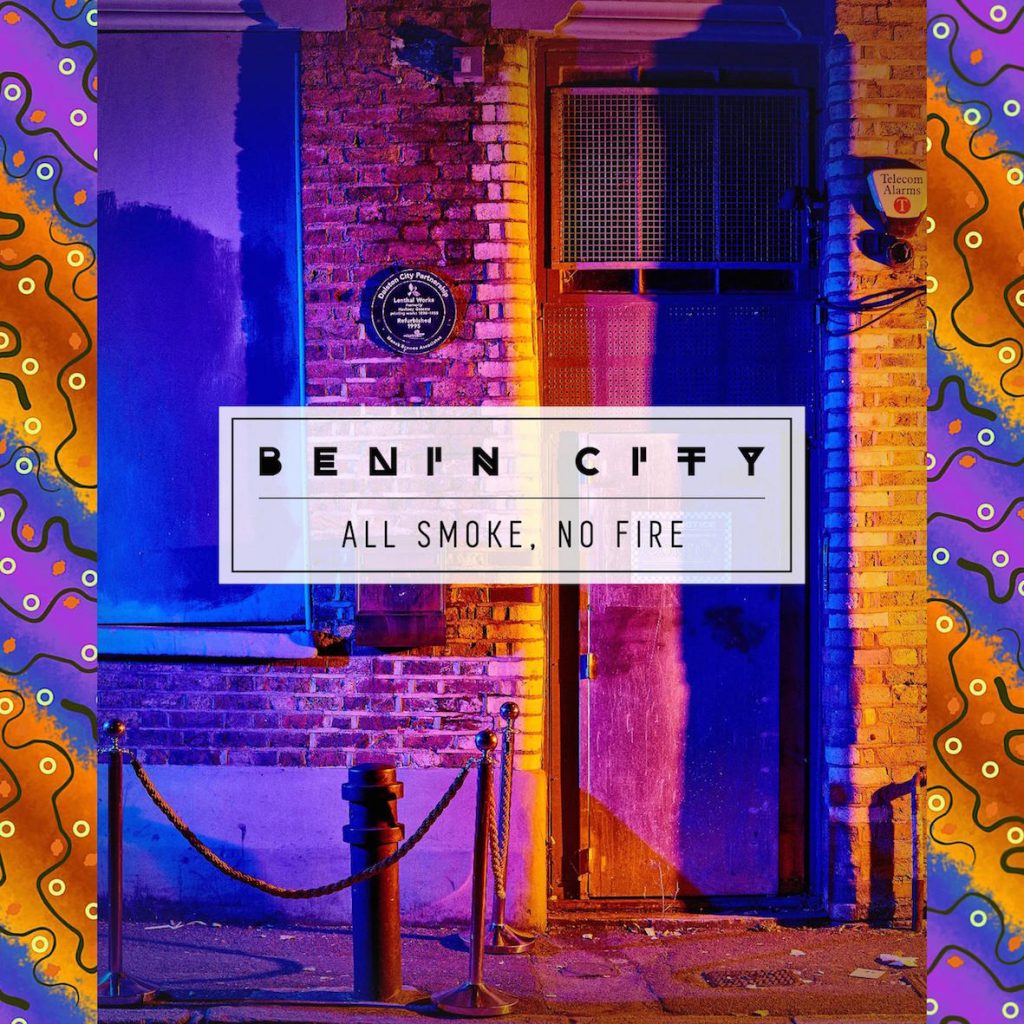 Benin City, the London-based three-piece comprised of vocalist and poet Joshua Idehen, vocalist Shanaz Dorsett with multi-instrumentalist Tom Leaper, today announce details of their new album, Last Night. An ode to London’s nightlife, Last Night is the follow-up to the band’s debut project, Fires in the Park, and will be released via Moshi Moshi Records on 6th April 2018.

Now they unveil “All Smoke, No Fire” along with an accompanying film directed by Shaun James Grant, highlighting the “systematic degradation of London’s once-thriving club scene” (The Line of Best Fit).

Benin City’s Joshua Idehen said the following about the video:
“We met up with Shaun Grant; we’d loved his work with Lemonade Money and Mikey Lightfoot. We ranted over pints about Passing Cloud’s demise and gentrification in general, the changes in our respective neighbourhoods and our helplessness. In him we found a twin creative spirit who shared our anger and visual ideas and knew how to present them on camera. It was shot on a single night. We asked our friends – poets, musicians, journalists – to meet us at various times, in front of closed clubs, Brixton Arches and libraries. There were too many. The last voice we got, Ben, was just someone who we’d met whilst filming in front of Carnegie Library. He’d organised a squat party to delay its closing down and he wanted to say something.”

Clubbing is a source of euphoria: a weekly, often daily escape, a respite from the grind. That culture and its landmarks – some of London’s best venues and many countless pubs – are slowly disappearing for good. On Last Night, which was recorded in all four corners of London with Marc Pell (Micachu and the Shapes), LV, Rob Marfarlane and James Anderson, Benin City take an album-long look at the dual nature of London’s nightlife. With a sound and mood that locates itself in a small sweet spot between Faithless, Metronomy and early Stromae, the album’s narrators draw on the last decade of their collective experiences as ravers, bar workers and observers. These reflections are primed for the dancefloor: a hook-laden blend of Afro-dance pop, hip-hop, spoken word and electronica that is both infectious and poignant.

Speaking of the record, Joshua said:

“London nightlife has been our way out, our release, our daily escape. We’ve been clubbers, barmen, part / full-time drinkers. We’ve served cocktails and downed shots. We’ve found ourselves on dancefloors and lost our dinners on nightbusses. We’ve laughed, we’ve cried, we’ve engaged in dumb drunken squabbles and we’ve found ourselves in strangers’ houses. We’ve danced to songs we didn’t know the name of. We made landmarks out of hidden corners of London: Passing Clouds, Ghetto, Trash Palace, Plastic People, Vibe Bar, Cable, Crucifix Lane. Those places, and the stories they held are gone for good as London becomes pricier and ever more grey. On this album are some of those stories: this is an ode to London’s nightlife.”

Last Night will be available on CD, LP and Digital. Pre-order here. The track listing is as follows: