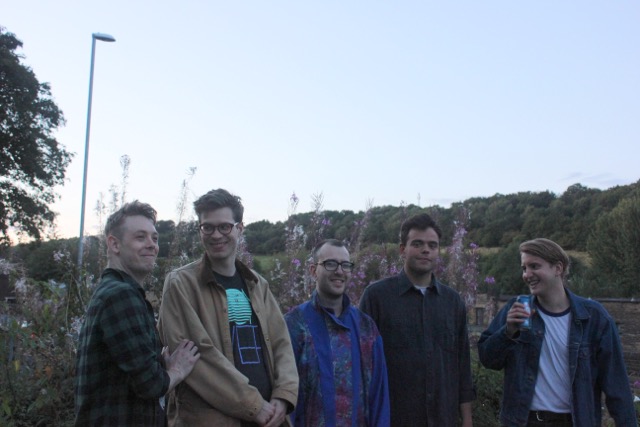 ZOZO SHARE NEW TRACK ‘A BITTER GOURD’ AHEAD OF EP RELEASE
‘A Bitter Gourd’ EP – Hatch Records – 10/11
Leeds quartet ZoZo have announced that they will be releasing a new EP ‘A Bitter Gourd’ on the 10th of November through Hatch Records (Napoleon IIIrd, The Wedding Present, Then Thickens). This EP follows recent single ‘NoNo’ which is released as part of the CPWM 7” Singles Club ‘Come Play’ full length compilation.

All members of CHUNK, the rehearsal studio, DIY space and venue on Leeds’ Meanwood Road that sits at the heart of the cities thriving DIY scene, ZoZo formed in 2014 bonding over a shared love of NYC post-punk. The bands frantic and energetic lives show’s have earned them an ever growing number of fans with the Guardian saying of their set at Live at Leeds Festival “They make midday feel like midnight”

Produced by Hookworms’ MJ at his Suburban Home studio in Leeds, ‘A Bitter Gourd’ sees one of the bright lights of the North’s DIY scene continue to grow and refine their ideas while maintaining a feeling that the wheels might come off at any moment… In the best possible way.

Talking about their EP frontman Fred said: “A Bitter Gourd was written and recorded in 2016 at Suburban Home Studios with MJ. After a year of touring and gigging across the UK and Europe in 2015-2016, the EP acts as a culmination of that time in our lives. It covers a wide range of influences designed to make you move and think. Lyrically it touches on topics of consumerism, isolation, memory and violence. We formed in 2014 over a shared love of NYC post-punk – Talking Heads, LCD Soundsystem, ESG et al – but have cut our teeth on the music of our UK DIY contemporaries. As such, our sound falls somewhere between these two camps.

ZoZo will be headlining a show at Hyde Park Book Club in Leeds on the 24th of October with support from Esper Scout & more.

JWestern Releases New Single ‘Feel Like This’ via Heist or Hit