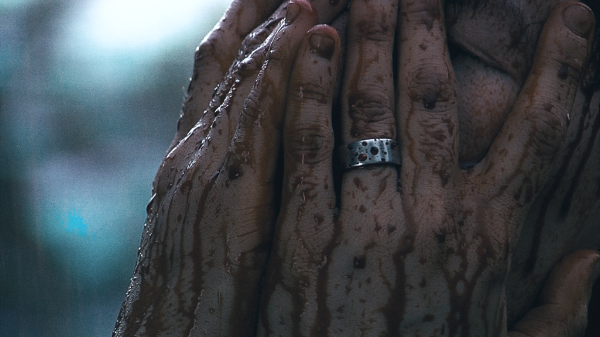 “Nika Roza Danilova has perfected her hybrid of industrial electronics and gothic power balladry” (4*) – The Observer
“It is a beautiful record: soulful and deep” (8/10) – Loud & Quiet
“Takes the listener on a deep journey that encompasses loss, clarity and definitive endings of human life” – Mixmag
“Beautiful” – The Sunday Times
“On Okovi real life tragedies have pushed her not only close to the edge personally but to a new level creatively… Zola Jesus is back to her dark roots, but enriched by intense layers of experience” – The Wire
“Zola Jesus’ cathartic and fearless rendering of her pain and humanity on Okovi make it
her most powerful album to date” (9/10) – The 405

Following high praise from critics for her deeply personal and brave new album ‘Okovi’, which was released via Sacred Bones last month, Zola Jesus prepares for an extensive European tour with a new video.

Directed by Zia Anger, this bold visual accompanies album track “Siphon” – a strikingly bare and honest reaction to the attempted suicide of someone close. “This song is incredibly literal and personal,” Zola Jesus told NPR earlier in the year. “It’s hard to talk about or try to explain beyond what’s written in the lyrics.”

Speaking on the video, Zia Anger (who also directed Jenny Hval’s controversial video for “Conceptual Romance”last year) commented: “It was a very sobering experience to be trusted with such visceral material.”

‘Okovi’ proves to be a dark, powerful, personal piece of work from the Wisconsin-based artist and Nika Roza Danilova (aka Zola Jesus) had the following to say about the record:

“Last year, I moved back to the woods in Wisconsin where I was raised. I built a little house just steps away from where my dilapidated childhood tree fort is slowly recombining into earth. Okovi was fed by this return to roots and several very personal traumas.