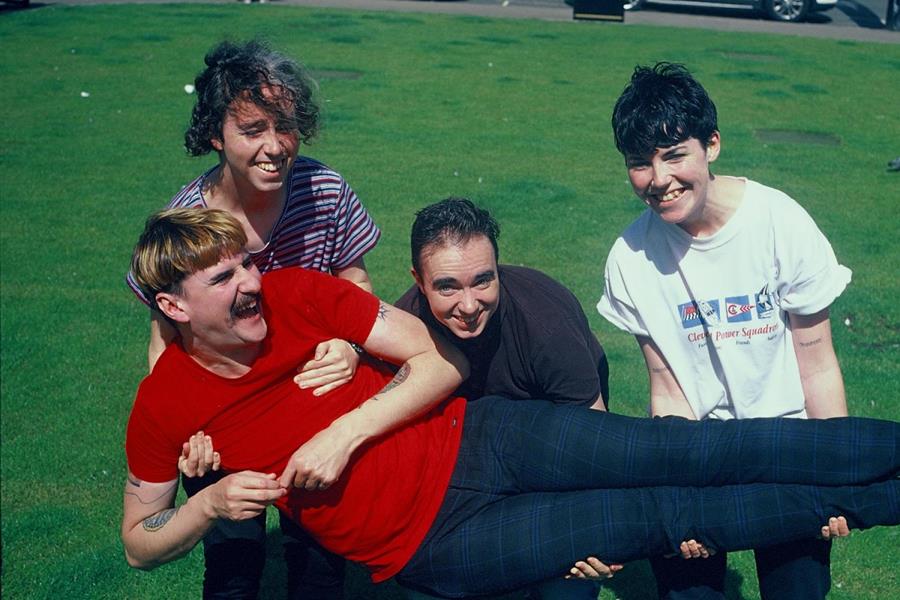 The Spook School announces its eagerly anticipated third album Could It Be Different?, due Jan. 26, 2018 on Slumberland Records and Alcopop! in the UK.  To celebrate the news, the band have revealed a video for brand new track “Still Alive” which you can watch and share here: https://youtu.be/yAtmGfIh5rc

Vocalist Nye Todd explains of the new track:
“‘Still Alive’ is about no longer being in an abusive relationship. My tendency was to blame myself for not seeing the signs or leaving sooner which wasn’t helpful or fair, so I wrote this song to try and force myself out of that mind-set.”

“In a way it’s a pretty angry song, with that anger being directed at people that carry out abusive behaviors towards others. I think there’s a kind of pride in it as well though, recognition that you had the strength to get through a shitty situation and to do what you needed to do, and that you don’t need to feel shame.”

“The Spook School are that rare and beautiful thing: a band with something to say.” – The Guardian

“Societal norms and gender stereotypes are in the crosshairs of these threadbare tunes…trans love songs that hit home no matter your orientation.” – NPR

“Dance music for introverts, love songs for people who are too shy to be in love” – Stereogum

If a debut LP is an artist’s introduction to the world and their sophomore release is their now-or-never moment, their third is their most cathartic: they’ve made it out, they’re here. Glasgow, Scotland’s indiepop optimists The Spook School, despite personal and political obstacle, made it out, and their latest full-length Could It Be Different? is here. It’s been a journey of self- discovery and feel-good realism; modern, dance-friendly indiepop fueling the fun. They made a name for themselves for their exultant and empowering pop, and now, they’ve shown real growth in nuance.

The Spook School are Nye Todd (guitar/vocals), Anna Cory (bass/vocals), Adam Todd (guitar/vocals) and Niall McCamley (drums). Since forming in 2012, they’ve released two records to critical acclaim: 2013’s Dress Up, a gender-binary eradicating release—noisy, cheery pop critical of social construction and its limitations, and 2015’s Try to Be Hopeful, a celebration of queer and trans identities from a place of newfound self-assurance. The band, whose name
originates from the Glasgow School, have lived a lot of life since then: Could It Be Different? was written from space that follows aplomb. “You’re comfortable with yourself, as much as you ever can be but you have to live with that person anyway,” Nye says of the record, “There are more questions than answers. That’s why the title works well—it has that insecurity to it.” Adam agrees, “It also comes from a place of feeling like everything definitely isn’t alright now,”
pausing. “Maybe things could change?”

Could It Be Different? Is, well, different—it’s a collaborative album of personal storytelling that works through life’s hardships with positivity—even at their most beaten down, The Spook School manage to find hope free of naivety. That’s clear the second the album opens with “Still Alive,” and its ascending chorus (and soon-to- be crowd favorite) of “Fuck You, I’m Still Alive,” written by Nye after surviving an emotionally abusive relationship. The song avoids villainizing the past, instead, it celebrates the present and welcomes the unknown future.

The energy of working through the wicked exists all over Could It Be Different? “Bad Year” makes personal connections with universal ennui, the debilitating feeling of an atrocious political climate and the desire to do better.

“I wrote the lyrics the day after the Brexit vote in the U.K. I was feeling very despondent,” Nye explains. “There’s this pressure when something bad happens, to immediately be able to cope and know exactly what to do. Sometimes you need to take a moment for understanding before making a contribution.” In “Body,” the band struggles with image while coming to terms with the criticality of self-love. For Nye, it’s a present journey after learning to embrace his trans identity. “Less Than Perfect” and closer “High School” recall youthful insecurity and the road to becoming comfortable with who you are—self-consciousness isn’t something we all grow out of, but it’s something we all can relate to—adolescence can be traumatizing, but learning to love yourself is invaluable.

Could It Be Different? is a human release—a record full of the insecurities and anxiety that arrive after self-awareness, in learning something new and potentially frightening about yourself. But at it’s heart is joy—there’s no desolation on the LP, because The Spook School manage to find light in moments of darkness. All things glum must pass—even if hope comes only in the form of acceptance.

“We try to take sad songs and not shy away from them, but come out thinking ‘things will change.’ Otherwise everything would be dreadful and I feel bad enough as it is,” Niall laughs. “We need a bit of light in our lives.” Adam agrees, “We started this for fun. We want our shows to be fun. We want the people who come to our shows to feel welcomed, and to have fun. There’s a bit of party in our songs, no matter what the subject matter is.” Why cry when you can dance?

* = The Spook School only 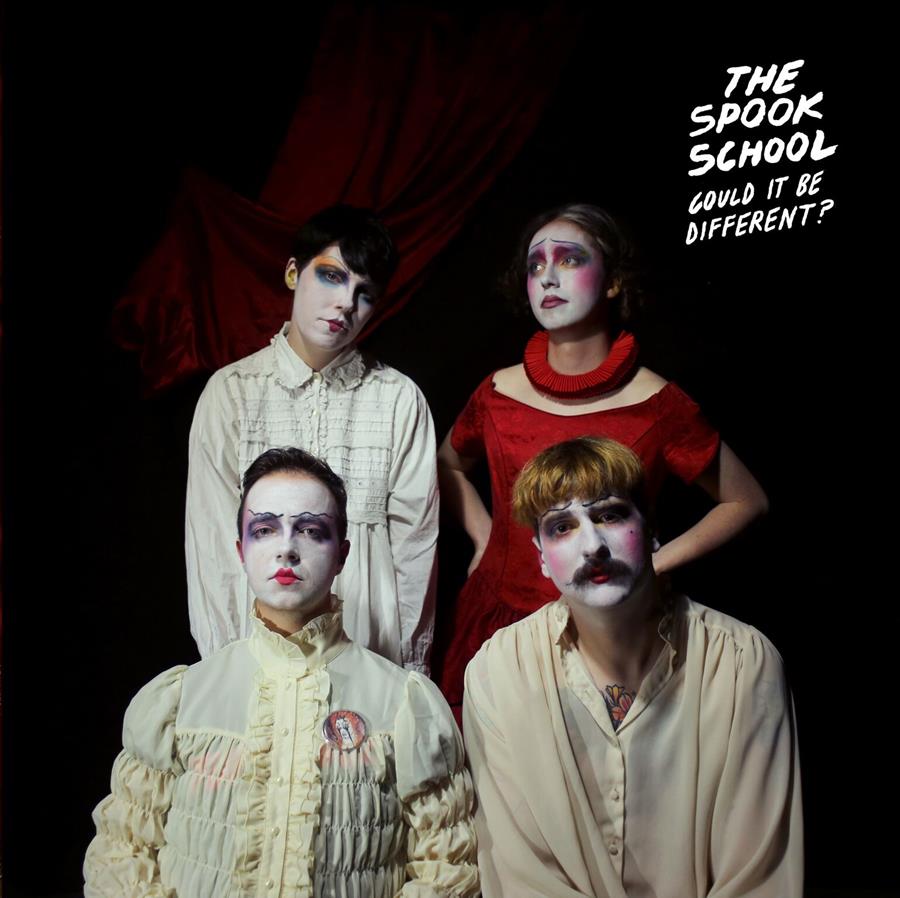