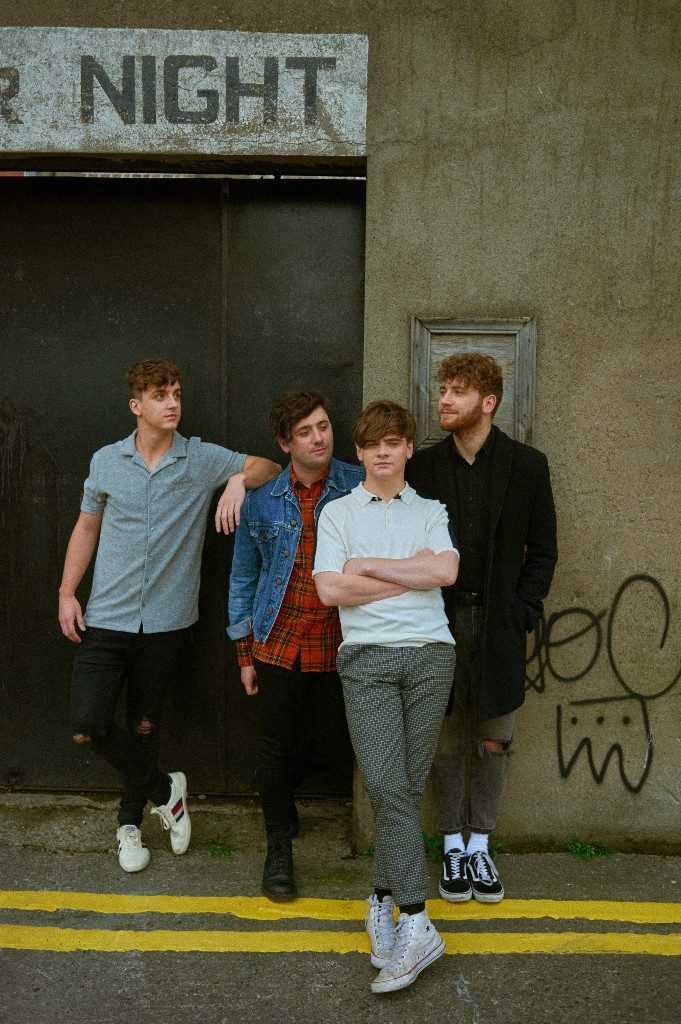 The band rearranged each instrument on “Bear Claws” to fit Facebook Live’s delay, with each loop getting more complex, adding instruments, rhythms, and melodies. Additionally, by projecting the video live from a soundstage they created an infinite tunnel consisting of all the previously recorded loops.

Frontman Craig Fitzgerald says, “by ‘hacking’ Facebook Live we really tried to push our live performance to a different type of level. Everything had to be timed perfectly. From the musical loops to the choreography. ” We noticed a delay in Facebook live from the moment you go live, to the moment it actually shows up on people’s walls. This inspired us and we thought it’d be cool to turn that lag into a video and audio sampler.”

The Academic’s rise in the past year and half has been staggering – in that time they’ve sold-out shows across Ireland, the UK and Europe, supported bands including The Strokes (at Hyde Park), Pixies and Noel Gallagher, racked up millions of Spotify plays – all independently and with just a 5-song EP to their name. Currently on a 25 date US tour, The Academic play their only Irish headline show of 2017 at Vicar Street on November 4thfollowed by a UK and European Tour supporting The Kooks. Their highly anticipated debut LP is out early next year.