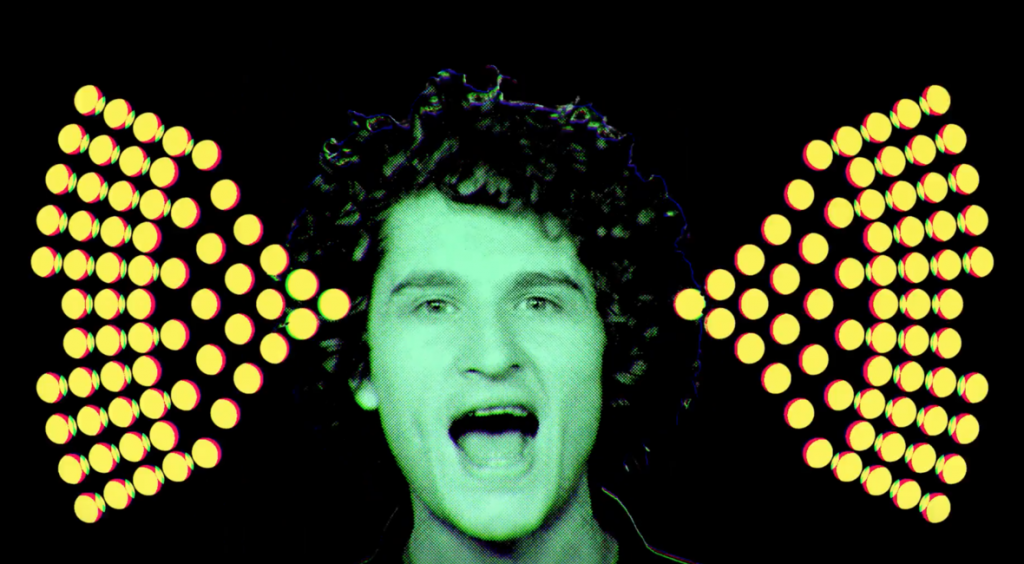 taken from the album

Sugarmen  share their vivid and trippy new video for current single Push Button Age, taken from their debut album Local Freaks, out on October 6. The band will play their album launch party at Sebright Arms in London on October 5.

Rocketing out of Liverpool with a thrilling debut album that is equal parts psychedelic, hyperactive, and effortlessly cool, Sugarmen have teamed up with director Dominic Foster to bring you the video to Push Button Age. Foster has created a “swirling geometric nightmare reality” to match the retro dystopian vibes of the track. Somewhere between a Warhol print and a grungy Bond opening, the video for Push Button Age is the perfect articulation of the humour, style, and edge that so defines Sugarmen.

The band have spent the past few years travelling the globe, taking their infectiously manic energy and sonic angst on tour with Blur, Paul Weller and The Who. They tore through Reading and Leeds festivals, and have been supporting The Jesus and Mary Chain in September. Championed by Radio 1’s Huw Stephens, Sugarmen sound something like an unholy blend of neo-slackers The Magic Gang and Spring King on speed.

Modern Sky UK have teamed up with Sire Records to release the LP, which was recorded at the famous Parr Street Studios with producer Chris Taylor (Everything Everything, Hooton Tennis Club, Bill Ryder-Jones, Circa Waves, Miles Kane).