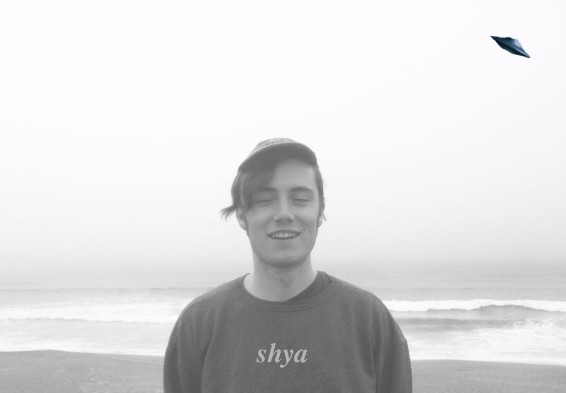 “the band has only gotten more adventurous, introducing moody synths and chorus petals into its growing four-piece lineup … comes with a shimmer of psychedelia, taking cues from acts like Porches, Hoops, and fellow Oberlin alumni Swings as it drifts through gorgeous chord changes.”

Shya’s new record expands on the bedroom pop formulas of last year’s exceptional Trying, An underground favorite, creating something both emotional, engaging, and experimental. Sher’s lyrics are the heart of every song he writes, balancing personal and relatable stories with beautiful textures of guitar and synths.

“even in its simplicity, never looses its central charm” – SPIN

“the ephemeral nature of Sher’s musings seem to have been captured in a pure state before being developed into solid, dynamic songs.” – The Fader

Shya is the project of Nate Sher, a 22-year-old musician from Placerville, California. Growing up on a farm in the Sierra Nevada foothills, Sher began programming MIDI backing tracks to compensate for the lack of musicians in his area. In 2015, while attending Oberlin College, he continued making songs in his dorm room–under the name Shya–in an attempt to blend lo-fi sensibilities with pop aspirations.

In the beginning, Shya’s music emphasized the bedroom in bedroom pop more than the pop, but after five EPs, Sher’s sound ironed itself out to the point where his most recent effort, Big Car, may be mentioned in the same breath as The Weeknd’s Starboy, Sade’s Diamond Life, and Justin Bieber’s Purpose. Sher describes his new album, Big Car, as named after one of the most commonly used Internet passwords. In the same way that a popular password might blur the lines between privacy and publicity, Shya hopes to make intimate songs feel accessible. After graduating from Oberlin, Sher relocated to New York City where he works as a bus boy.