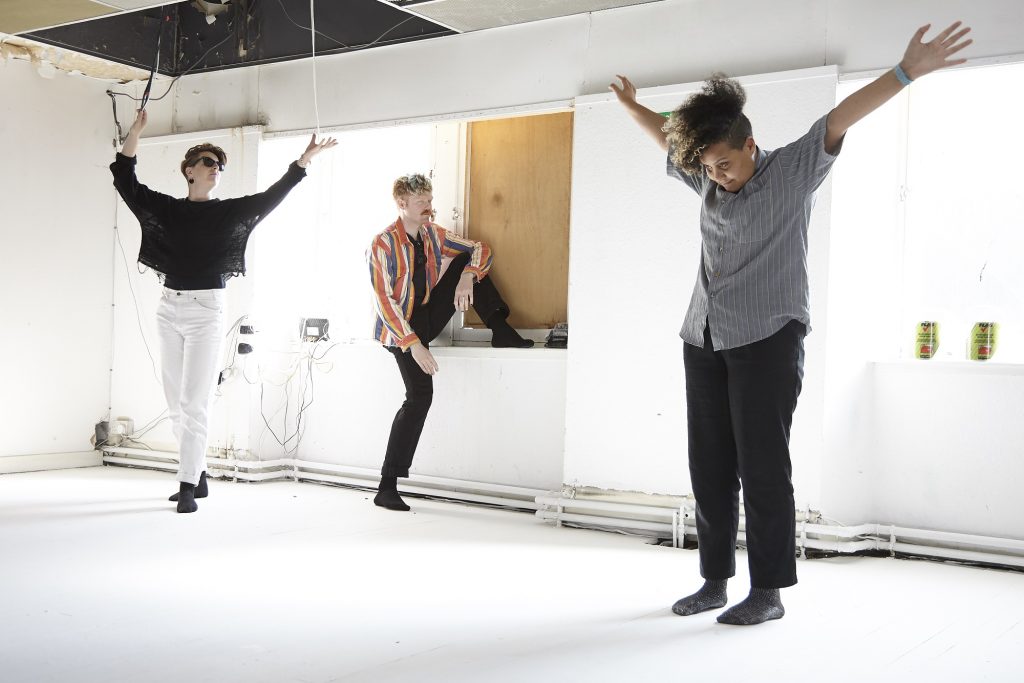 Post-punk trio Shopping are excited to announce their new album, The Official Body, due 19th January 2018 on FatCat Records and recorded and produced by Edwyn Collins.

“We’ve always felt like what we do is political in that it’s cathartic and healing in some way, but at some point it just felt like making ‘political’ music was a bit like putting a tiny band aid on an enormous wound,” says Rachel Aggs (vocals, guitar), as she describes the sense of disorientation that lies at the foundation of the album. While it may have been tempting to adopt a more serious tone, Shopping remained humorous in their approach — the album’s title (established before any of the songs were written), The Official Body, is a play on the idea of official bodies of power and control, “the mystical powers that be” as Billy Easter (bass) deems them, as well as the construct of a physical body that fits within the societal paradigm of what is “acceptable.”

Along with the announcement, the band share new video for ‘THE HYPE‘, a song about thinking for yourself, taking matters into your own hands and not listening to other people or institutions that try to take advantage and tell you what to think or how to be.

The band say of it, “It’s a wake up call to action that says don’t believe everything you hear, always question whats presented to you and don’t just sit around and think about making change before it’s too late.”

Rachel Aggs (guitar/vocals) adds, “But it’s also a party song! We liked offsetting the serious, dead-pan lyrics with the relaxed yet self-assured funk of the song itself, we had a lot of fun writing it – it has a guitar solo and everything! I always wanted to do a song with a drum and bass breakdown section where the guitar drops out too, I find that part so satisfying.”

Shopping have also announced a November tour of the UK and Europe, including a date at London’s Kamio on 10th November. Full dates are as follows: