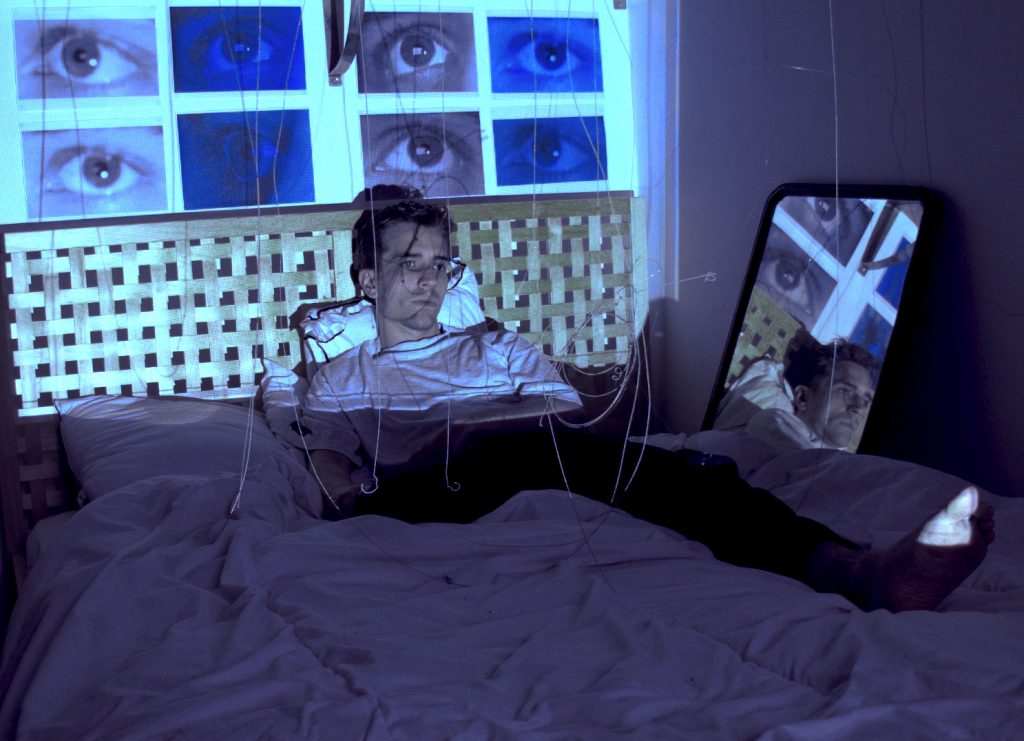 ROCHEMAN ANNOUNCES EPONYMOUS DEBUT ALBUM,
RELEASED 1 DECEMBER VIA NX RECORDS (DIGITAL & MARBLED 12” VINYL)
& SHARES NEW SINGLE ‘PESTLE PUSHER’
London stage music composer and sound designer Rocheman announces the release of his eponymous debut album, released 1 December via NX Records. The announcement closely follows the release of Rocheman’s second single ‘Pestle Pusher’ which premiered via BEAT, following his debut single ‘Windmill’ in October, which premiered via Gold Flake Paint.
Rocheman’s debut was five years in the making, through immersive explorations in post-punk, new-wave and electronica. His sound is one that both fights and embraces the bedroom production aesthetic. Created and produced in the main on a laptop, it is neither electronic or digital, nor fully analogue. It has multitude of layers and textures, showcasing an artistry in the sculpting of dreamy enveloping soundscapes. There’s a welcome lack of refinement and over-production that gives Rocheman’s debut an otherworldly fogginess, heightened by the ‘other’ voices which drift in and out as if harmonising from another world, giving the constant feeling of someone unseen, yet omnipresent ‘off stage’. The cinematic reference is apt as Rocheman finds inspiration in the stylised uncompromising works by David Lynch, Wong Kar-Wai and Apichatpong Weerasethakul. The result is a sound encompassing both a sense of grandeur and an orchestral ambition, but viewed through a hazy D.I.Y screen.
Broadcast and Scott Walker have also made an impression on Rocheman’s work, the latter present in his deep baritone delivery and both in the avant-garde experimentation. On album opening ‘Windmill’, there’s a fragility and sensitivity which also recalls the work of artists like Sufjan Stevens or Julia Holter, whereas songs like ‘Mottled’ and ‘Old Sign’ possess a skittish psychedelia, poured into luscious pop melodies, which are reminiscent of Animal Collective. The entire album runs to a backdrop of new-wave synths, a nod to the cinematic scores of John Carpenter, but narcotic-tinged and with a leftfield pop sensibility.
Rocheman’s eponymous debut album will be released on 1 December via NX Records and available on 12” marbled vinyl and digitially, with a pre-order now available on iTunes.
TRACKLIST:
Windmill
Pestle Pusher
Mottled
Celebrant
Throm
Parades I & II
Stay Here
Old Sign
Blue Coat
Daddy Queen
L. Calls
Mira
LIVE:
24 November:  The Albany, London
Connect with Rocheman via: Facebook
Connect with NX Records via:  Facebook