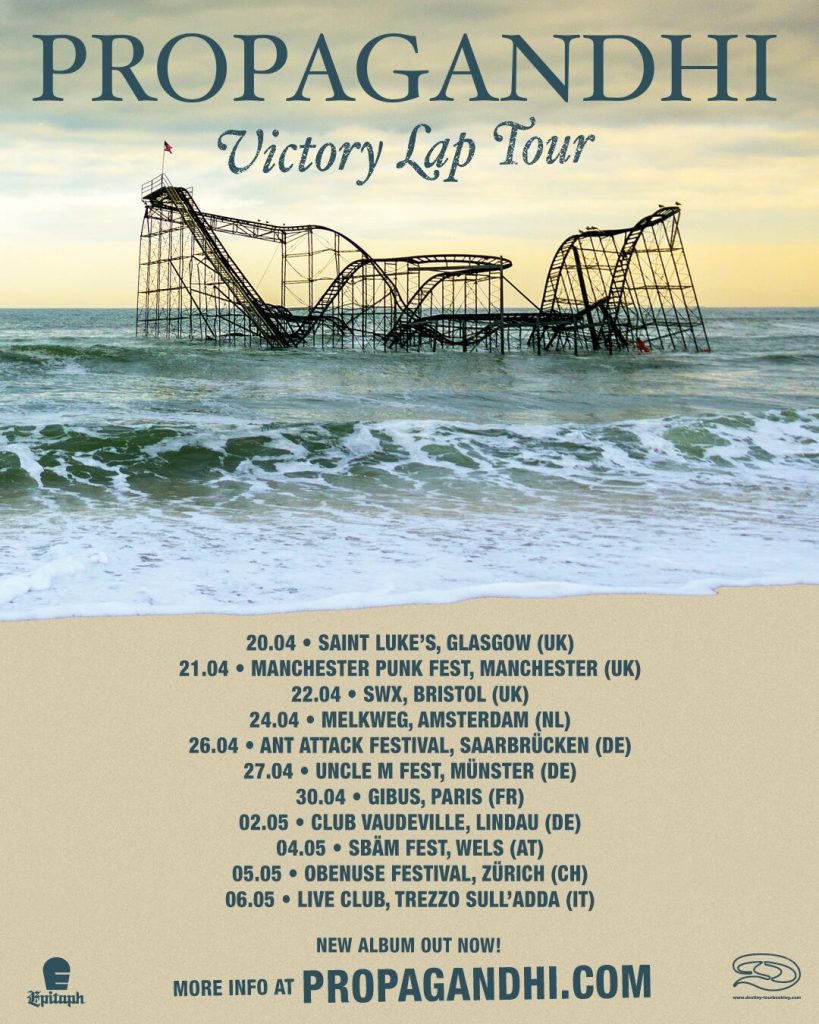 PROPAGANDHI ANNOUNCE 2018
EUROPEAN SPRING TOUR
Propagandhi have announced a European tour in April and May 2018. After a handful of UK shows starting on April 20th, the band will kick off the mainland Europe run of the tour with a club show at the Melkweg in Amsterdam on April 24th.

“Hello people of contiguous Europe and adjacent holdings! It’s Jesus H Chris here! How’s it going, eh? I’ve been practicing my conversational Deutsche, Francais and Italiano lately, and I’m pretty aufgeregt/ excite/eccitato to unleash it on your fuckin’ European faces! Incidentally, we will be playing some new songs from our new record during the lulls in conversation and since I never leave my house and can’t stand talking to people, there will be many of these lulls, so I hope you enjoy the ripping tuneage!,” says Chris Hannah.

Tickets are on sale now via the official Propagandhi website.

Propagandhi will be touring in support of their seventh album Victory Lap, which was released on September 29th via Epitaph Records. Noisey labelled the album as “a new era for the band”, with Stereogum calling it “a driven, feverish, splutteringly angry rock album.” Victory Lap is the band’s first full-length since 2012’s Failed States.

Since forming in Manitoba in 1986, Propagandhi have brought an emphatic anti-fascist message to their music. Along with addressing a number of personal losses suffered in recent years, Victory Lap finds the band facing a landscape in which fascism is—among a certain crowd—suddenly trendy.

For more information on Propagandhi, visit: