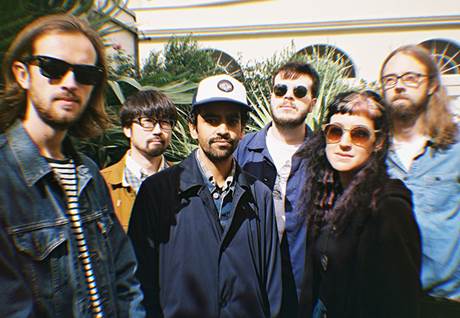 “Psych-infused blues sludge with the scent of Nick Cave’s ash-tray, the band’s live shows have a feral energy.” – Clash Magazine

After their debut single ‘Make Amends’ garnered approval from Clash Magazine, Louder Than War, and Echoes and Dust, Other States have released ‘Annabei’, the B-side to their latest single ‘Come Back To Me’.

Born from a 10 hour bus trip between Dallas and El Paso taken by writer-keyboardist Mike Lord, Other States is as much about place as it is sound, with songs weaved out of imagined tales from abandoned towns and wild landscapes, the brutal truths and unfinished business of a forgotten time.

Musically underpinned by their trademark ‘cowboy psych’ sound; it’s 60’s pop turned sideways- through the kaleidoscope and into darker territory, channeling the minds of Scott Walker and Lee Hazlewood, as well as film makers such as P.T. Anderson, and the Coen Brothers.

Their first single ‘Make Amends’ established their cinematic vibe, with reviews from live shows comparing singer Mark S. Aaron to “a disgraced TV preacher who has swapped his collar and black for double-denim and a trucker’s cap” (Brighton’s Finest).

The band are continuing to create a stir in their home-town of Brighton, with regular headline slots for their cinematic and immersive light-synced live shows.