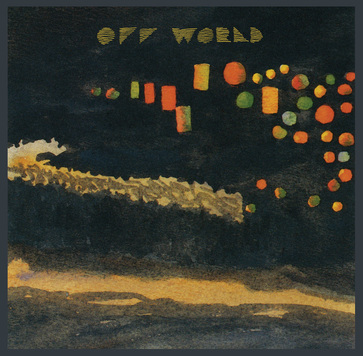 OFF WORLD SHARES “SCRUBDOWN” FROM NEW ALBUM 2 (CONSTELLATION, 6 OCT)
“Off World is a stellar new project headed by Sandro Perri, one of the most singular producers in contemporary music; featuring some of the most inventive, spellbinding work in his catalogue. One of the most original and satisfying albums we’ve heard this year – can’t wait to see what the next installments bring.” – Boomkat

The second collection of collaborative recordings by Off World, the aptly titled 2, is dropping this Friday. After an initial introduction to the improbable orbit of this project with the track “Decamp”, we’re venturing further into deconstructed electronic realms with “Scrubdown”. On this track, label veteran Sandro Perri is joined by fellow Torontonian Lorenz Peter as synths and drum machine squelch and snake their way around some lovely, spacious piano punctuations – highlighting the exploratory, impressionistic, harmonic eloquence of the semi-improvised sound world that is Off World’s signature.

Perri will be the first to insist that Off World is not “his” project: tracing its origins as far back as 2008, with Perri and Peter (Processor, Corpusse) working together on tracks and very occasionally performing live, Off World collaborators include producers Drew Brown (Lower Dens, Blonde Redhead, Beck), Matthew Cooper (Eluvium) and Susumu Mukai (Zongamin), and instrumentalists Craig Dunsmuir (Glissandro 70, Kanada 70) and Eric Chenaux, among others.
Off World is alien electronics played humanly, resulting in genuinely exploratory and peculiarly sui generis electronic music that sounds like it could have issued from any time in the past 40-50 years. Off World resists easy categorisation: not ambient, not strictly “improvised”, nor “retro” – just eccentrically absorbing, impishly stimulating and gently uneasy listening in an awkward, nerdy, precocious class of its own.
Off World ‘2’ available now via Constellation 06 October 2017